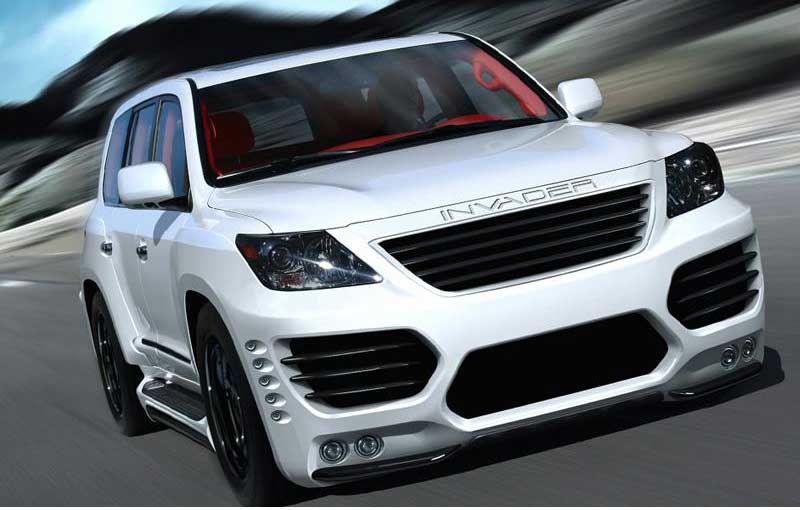 Japanese tuners from ASI will launch an aerodynamic and performance package for Lexus LX 570, with it, the Japanese model will produce up to 600 horsepower.

Japanese tuning house ASI will launch an aerodynamic and performance kit for Lexus LX 570, which will be called Invader. Japanese officials said that it will become the most exciting off-roader yet. With the body kit, Lexus LX 570 will have a much more aggressive and sporty appearance.

From the image presented by the Japanese, we can see that the front bumper was enlarged and redesigned to inspire more aggression. The LX 570 series version features a 5.7-liter V8 propellant that produces 381 horsepower, but the Japanese tuners want to squeeze out of it about 600 horsepower.

With the 600 horsepower under the hood, the Japanese model will sprint from 0-100 km/h in less than five seconds. The methods by which they reach these performances were not disclosed, but tuners offered a short video to show us what the Lexus LX 570 Invader is able to do.