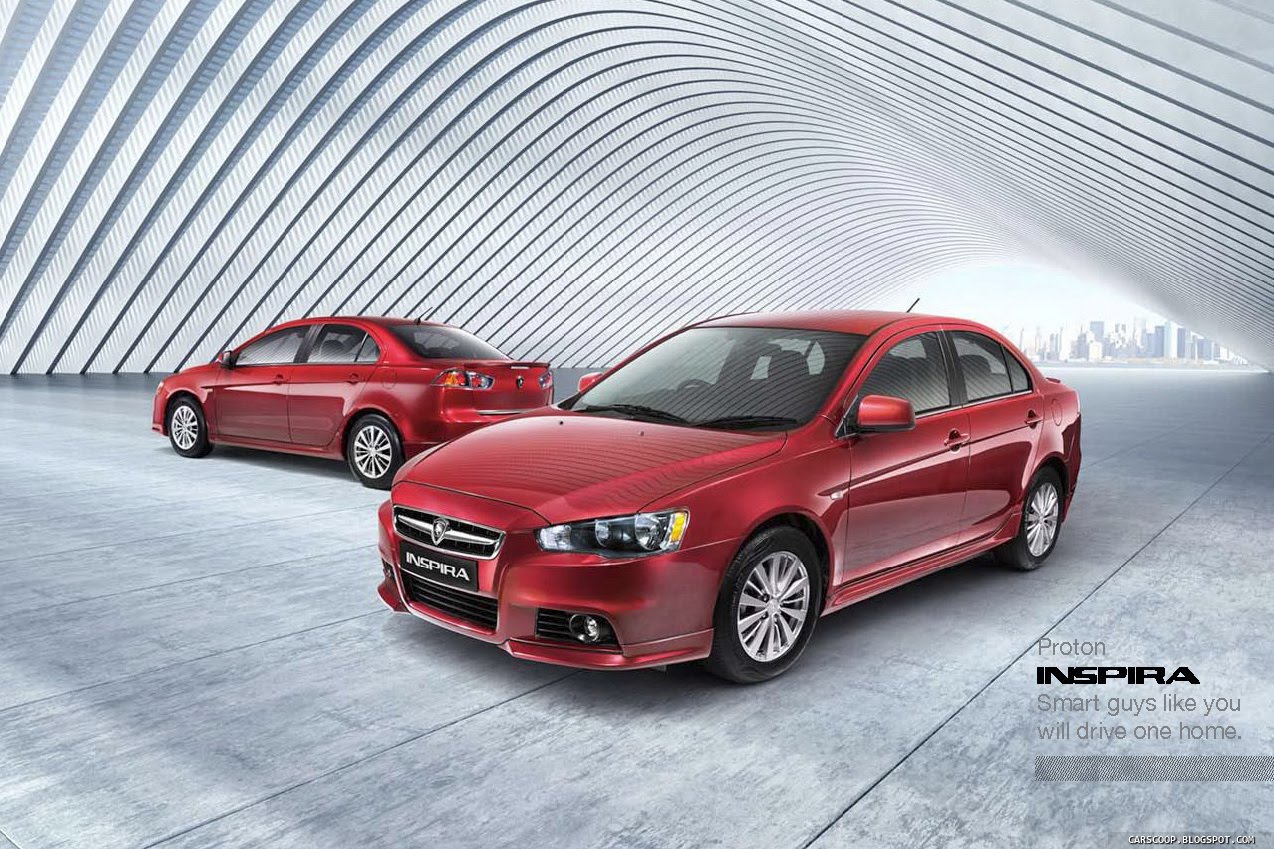 You may remember that about a couple of weeks ago I turned our attention on the 2011 Proton Inspira.

Skipping the headlines and the marketing here’s what you should know. The 2011 Proton Inspira is exactly what it looks like it is. A Malaysian made Mitsubishi Lancer.

In actual fact, the Proton Inspira does feature a few changes. Stuff like the new front grille can be mentioned but the most important modifications Proton make to the Lancer takes from the Malaysian’s British sports car, Lotus.

According to Proton the 2011 Inspira will feature a suspension setup done by the renown British sports car manufacturer.

That’s a pretty interesting thing to have on a Mitsubishi Lancer but I don’t really see the point. This happens because I’m not Malaysian. You see, the Malaysian government isn’t really too keen on car imports and they tax the living lights out of it.