The ABT Sportline take on the 2010 Audi TT-RS 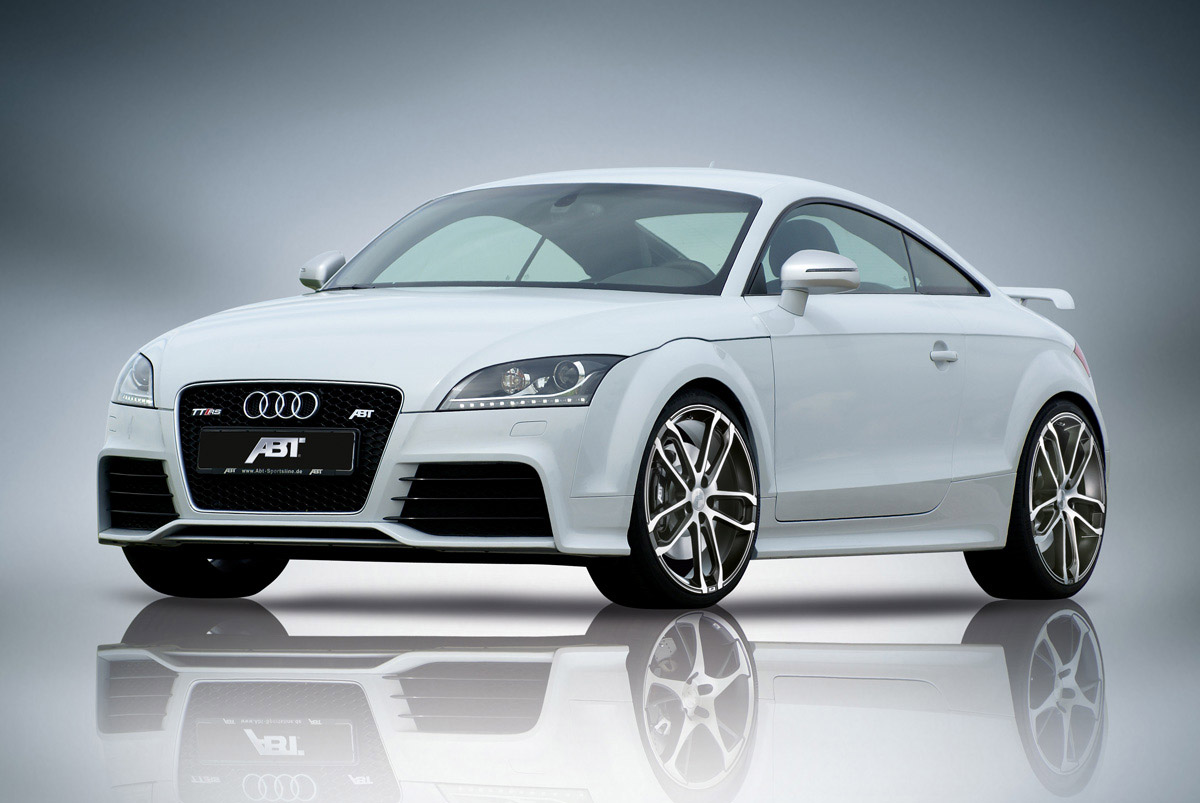 The 2010 Audi TT-RS isn’t new to the tuning scene, actually it got itself quite a few kits until now but when it came to fall into the arms of the team over at ABT Sportline things suddenly went into a different direction.

The latest tuning package offered by the German tuners with motor racing credentials serves up 501 horsepower and that’s nearly 50% more than the stock setup will give you.

The package is called, predictably, the ABT POWER S and headlines the modification list with a brand new turbocharger. As you would expect, with such performance and such a heritage, the press release statements from ABT aren’t what you’d call humble, and rightly so.

The excellent driving characteristics and tuning of the ABT TT-RS is credited to the tuning/racing company’s leader Christian Abt.

Leaving aside the obvious “go” stuff, the new package also comes with some “show” in the form of a new set of 19 and 20 inch BR and CR Superlight alloy rims, which have a dynamic design and are wrapped in high performance tires.

At the end of the day, while claiming a serious reliability factor we find that the ABT Sportline Audi TT-RS can now get from 0 to 62 in four seconds and after a bit of throttle burying will hit 182 mph.