Tuning kit by Lorinser for the future Mercedes CLS 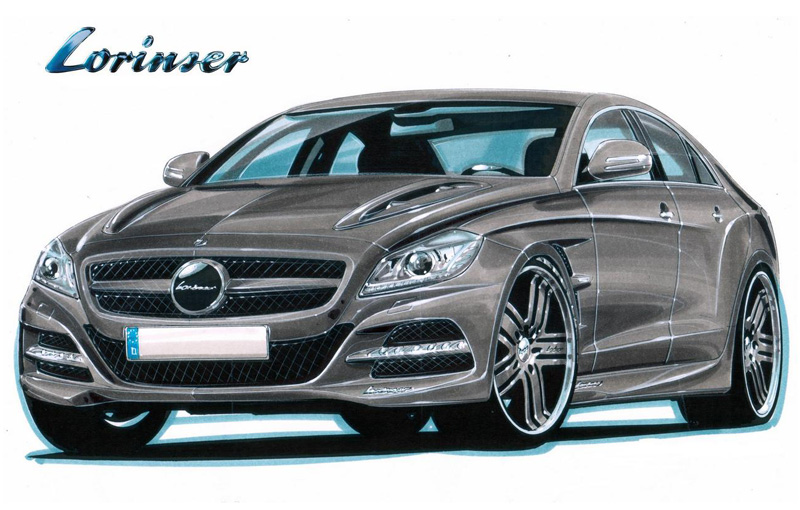 German tuning house Lorinser has already developed a package of accessories for the new generation of the Mercedes CLS. The kit is currently in draft stage and is expecting the official series model to be revealed. Although the public had the opportunity to see so far only the concept of the future CLS, Lorinser tuning house that specializes in modifying Mercedes models, hastened to explain his own tuning kit, developed for the sedan coupe.

The future model of the manufacturer in Stuttgart is scheduled to begin live under the Paris Motor Show, but until then, there are expected official information and images.

The kit made by the German tuner radically changeds the outside of the four-door coupe, betraying little of the appearance of some future version. The front received a spoiler, an aggressive hood that enjoys longitudinal ventilation holes and the front is oversized to accommodate the 21-inch wheels.