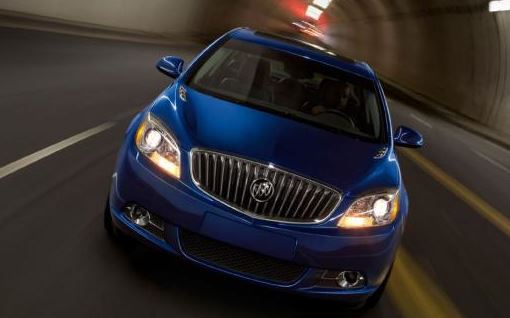 The Buick North American based automaker has recently introduced the 2015 Verano model, the vehicle coming with some important improvements and updates as compared to the present version.

The 2015 Buick Verano is tweaked with a lot of features outside, inside and under the hood, where the model comes with some improved performance.

At the exterior, the 2015 Buick Verano model comes with special customized Blue finish, alongside bright chrome front grille, a revised rear spoiler and so on.

Inside, technology is everywhere, as the 2015 Buick Verano is receiving blind-spot monitoring system with rear-cross traffic alert, heated side mirrors, standard built-in WI-FI and much more.

Under the hood, the 2015 Buick Verano comes with two units developing somewhere between 180 horsepower and respectively 250 horsepower.

The first unit refers to the 2.4-liter I-4 that outputs a total of 180 horses and 171 lb-ft of torque, while the 2.0-liter four-cylinder turbocharged unit comes with a higher 250 horsepower and 260 lb-ft of torque.

The news is that the 2015 Buick Verano doesn’t come equipped with the 6-speed manual transmission, which was previously seen on the Turbo version.