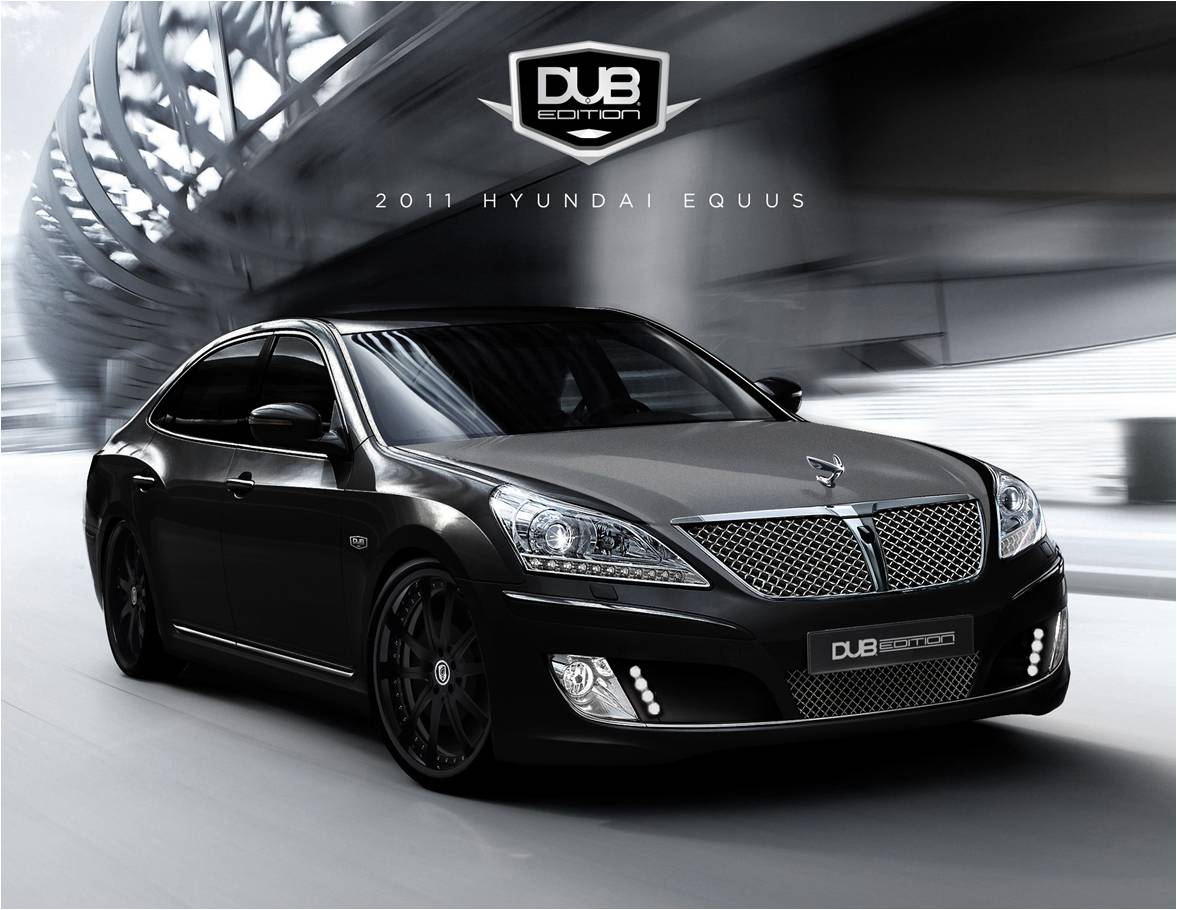 Las Vegas’ SEMA is literally right around the corner and yet manufacturers and tuners are still announcing participations and teasing us about it.

The latest info on the situation is to come from Hyundai and Dub Magazine. The two got together and produced the 2010 DUB Edition Hyundai Equus.

The modified version of the 2010 Hyundai Equus holds some exterior changes, interior upgrades and a new sound system all of which are up to standards with DUB tuning.

The exterior of the 2010 DUB Edition Hyundai Equus features a new body kit, a new mesh grille and a very special two-tone paintjob. All of these wear the DUB Design signature, but more significantly the paint job stands out. The paint is two tone as it is nothing more than a mix between gloss black and matte charcoal. So simple and elegant it’s hard to find words for it. Oh and those wheels, DUB really went to town for those, they are 24 inch TIS modular style 10 creations that wear Pirelli Pzero Nero Tires.

The interior is neatly hidden behind a set of tints but it’s not because of the lack of stuff to show off. There is a DUB Design mix of custom leather and suede, there’s an illuminated headliner to add to the elegance and a pair of custom rear bucket seats to add to the comfort.

That stereo system I was talking about earlier, it’s not very well described but from what I hear it’s quite the screamer as the spec sheet has words like Lexicon and Kappa.