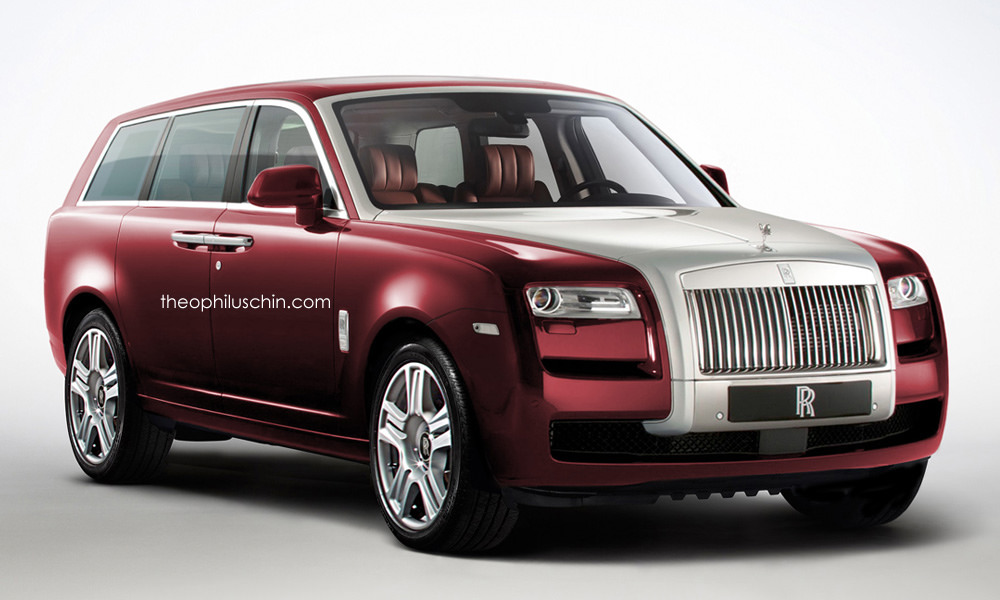 Rolls-Royce has already announced that the company`s first SUV will end up on the production line in around two years, and the model is in the spotlights again, this time through some renderings, after being caught on shots by spy photographers from Inautonews online auto magazine.

The renderings are signed by the one and only Theophilus Chin, which is showcasing the SUV wearing a striking Red metallic finish white striping at the front and going all the way up to the rear. Otherwise, the renderings with the model resemble pretty much the one caught on shots some time ago.

Even if the Rolls-Royce SUV does not bear an official name, the model will start production in 2017, standing on the company`s new MLB Evo platform, the same fond on the new Audi A7 or other flagship SUVs within the Volkswagen Group.

Rumors also have it that the Rolls-Royce SUV will also pack a W12 unit, soon followed by a plug-in hybrid version. The SUV is expected to be launched at the end of 2017, or even later in 2018, competing against other top SUVs from Mercedes-Benz, BMW or Bentley and Lamborghini, the latter two ones also planning hot SUV models.

Tweet TweetRolls-Royce released details and photos on the Suhail Collection, special models which...