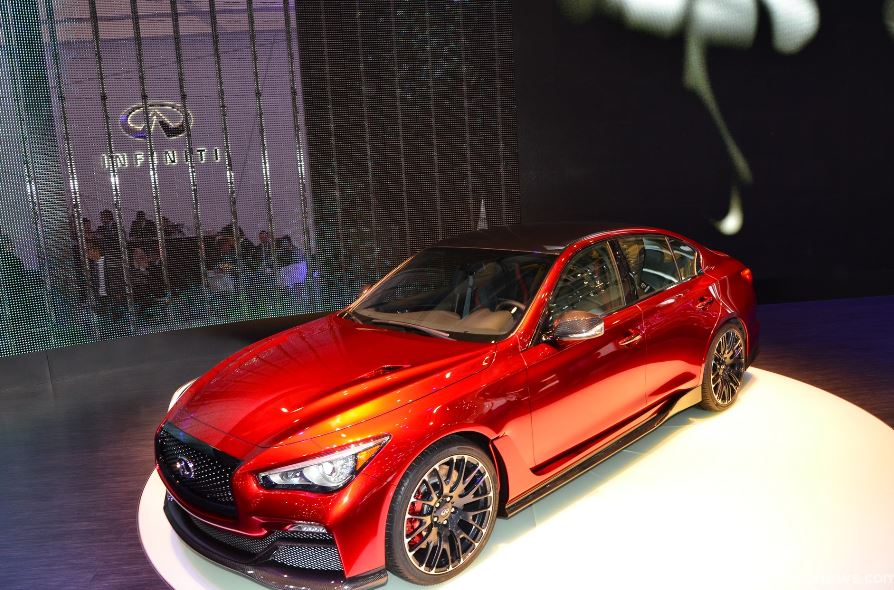 The Infiniti Q50 Eau Rouge Concept has received the go ahead, since it was actually present at the 2014 Goodwood Festival of Speed, the model also being recorded on camera.

The sporty sedan has debuted at the Goodwood Hill Climb, being driven by the Red Bull Racing team driver, Christian Horner, as well as by the famous driver Sebastien Buemi.

To be a reminder, the Infiniti Q50 Eau Rouge Concept is equipped with a Nissan GT-R unit under its bonnet, developing a great 542 horsepower and huge 628 Nm of torque.

The engine is connected to a 7-speed automatic transmission, which makes the sports car run the 0 to 100 km/h under 4 seconds, at a top speed of 290 km/h.

Enjoy the video with the one-off Infiniti Q50 Eau Rouge Concept showing off at the 2014 Goodwood Festival of Speed.