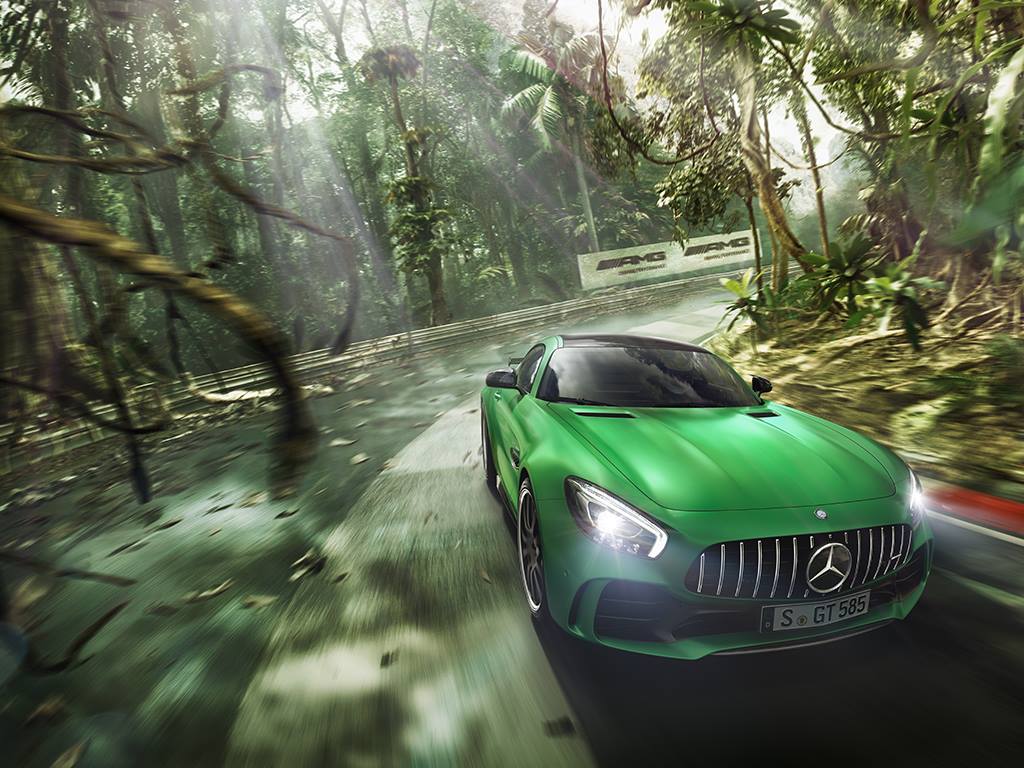 The Mercedes-AMG`s ultimate edition, the all-new AMG GT R, was recently taken out for a spin with driver Lewis Hamilton behind the wheel. The whole deal was also filmed in the two videos below.

Mercedes-AMG GT R made quite an impression even from its official release at the beginning of the week, when it was first presented at the Goodwood Festival of Speed, in the UK.

This might be considered one of the most aggressive sports cars that Mercedes-Benz and AMG have put together so far, inciting the audience with an evolutionary design and sheer power under the hood.

Designed as a street-legal racer, the AMG GT R comes with advanced aerodynamics, highlighted by the concealed lightweight carbon active aero parts, large wings, double rear diffuser, wider air intakes, all of them contributing to the car`s handlings and performance.

The Mercedes-AMG GT R is also lighter, measuring 1,554 kg, which makes it ideal for beasty performance on the track. It packs a massive 4.0-liter bi-turbo V8 engine, developing 577 horsepower and impressive 700 Nm of torque. That means just 3.6 seconds from 0 to 100 km/h, at a topping of 318 km/h.

But Lewis Hamilton better describes the beast in the videos below, so sit back and push the press button for the ride of your life!