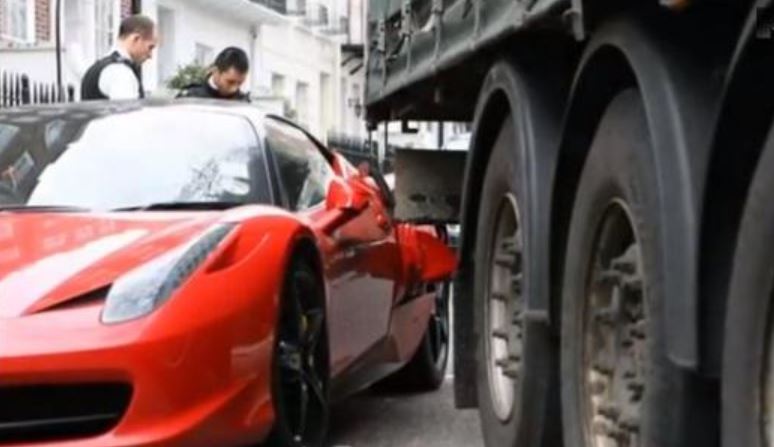 Another exotic car, a Ferrari 458 Italia was involved in another incident, this time not involving a driver having no driving experience and hitting the pedal to the max.

The Ferrari 458 Italia was parked by its owner while he went away, with the supercar seemingly being ran over by a truck that was apparently trying to put the vehicle in reverse.

The driver was shocked to see its beloved supercar Ferrari 458 Italia being crashed by the big truck, and apparently, the insurance agency will be even more shocked when it will have to pay for the damages.

The Ferrari 458 Italia has been on the market for more than 5 years now, sporting a rear-wheel drive with the engine being positioned in the back.

All the power is sent to the front with the help of a seven-speed dual clutch transmission. The Ferrari 458 Italia sprints from 0 to 100km/h in just 3.3 seconds, having a top speed limited at 325 km/h.