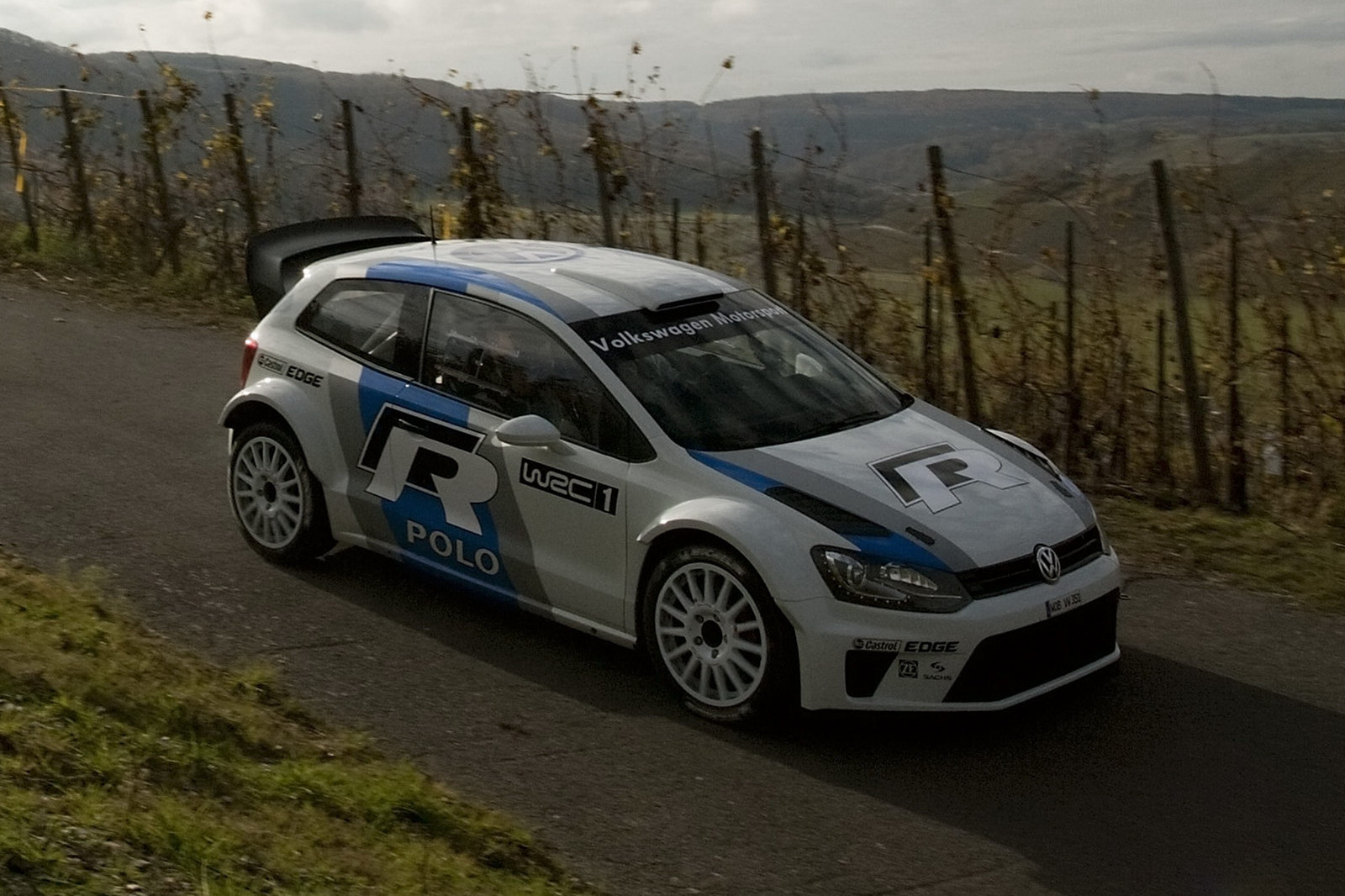 Volkswagen’s newest entry to the World Rally Championship, their Polo R has taken its first step towards the big racing show that barely touches the road.

Testing of the VW Polo R WRC was completed at the hands of Carlos Sainz and Dr Ulrich Hackenberg. The latter is a member of the VW Board of Management for Technology.

Much more popular and better known, Sainz has two WRC titles under his belt and also has a victory at the grueling Dakar rally.

Under the pretty skin, the VW Polo R WRC was toughened up with all the usual accessories while the 1.6 liter turbocharged powerplant was tuned to produce 300 horsepower.

Testing of the Volkswagen Polo R WRC took place in the vineyards of Veldenz near Trier. Since the track is normally part of to the ADAC Rallye Deutschland, you can’t complain about this aspect.

What you can complain about is the launch date which in the case of the VW Polo R WRC is set for 2013. We’re not talking about a model year but an actual date and during the same championship.