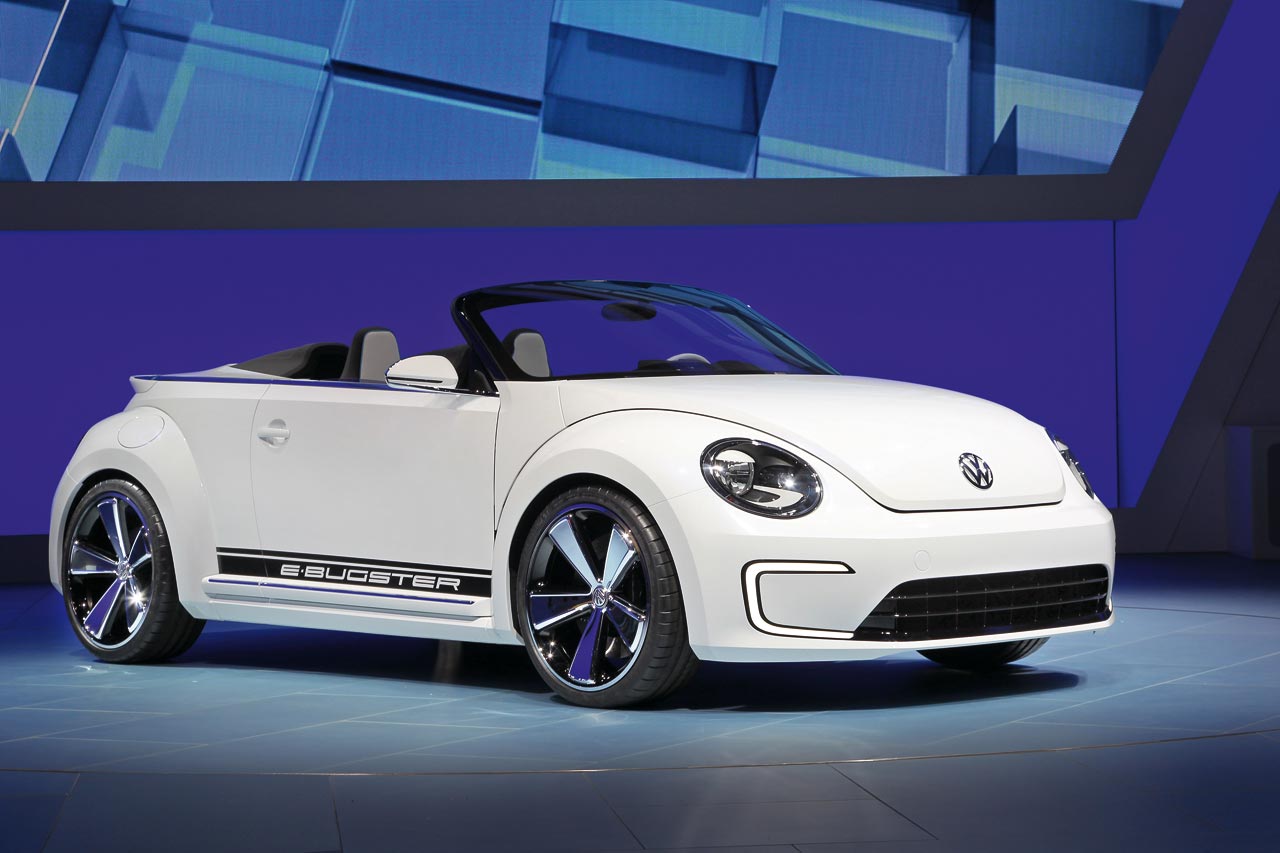 Technically, Volkswagen will make the actual unveiling at the Beijing Motor Show later this month but we do get to see some pictures ahead of time.

I’m talking about the E-Bugster Speedster concept. It’s a pretty self explanatory model given the naming it has been given.

The recently unveiled electric version of the 2012 Volkswagen Beetle has had its roof chopped off and was turned into a Speedster.

Though the pictures are quite clear, technical details and specs on the new E-Bugster concept are actually a bit fuzzy.

Volkswagen are almost certainly trying to keep a bit of mystery around the E-Bugster Speedster and they’d assume we’re all capable enough to estimate nothing major has changed.

We expect the E-Bugster’s hacked roof relative to come with the same 116 horsepower electric motor that powers the coupe.

Powering it still falls on the shoulders of lithium-ion battery that comes with a capacity of 28.3 kWh and

As usual with these things, there’s a bit of added weight to consider so the 0 to 62 mph will drop a bit from the previous 10 second time.

If we’re honest, the Beetle E-Bugster isn’t our main concern. It’s still a bit of a limiting vehicle and such but it’s a gateway drug.

The body that’s showcased on the on this electric convertible is actually what the final production version of the Beetle Cabrio will look like.

That’s where all the interest is.