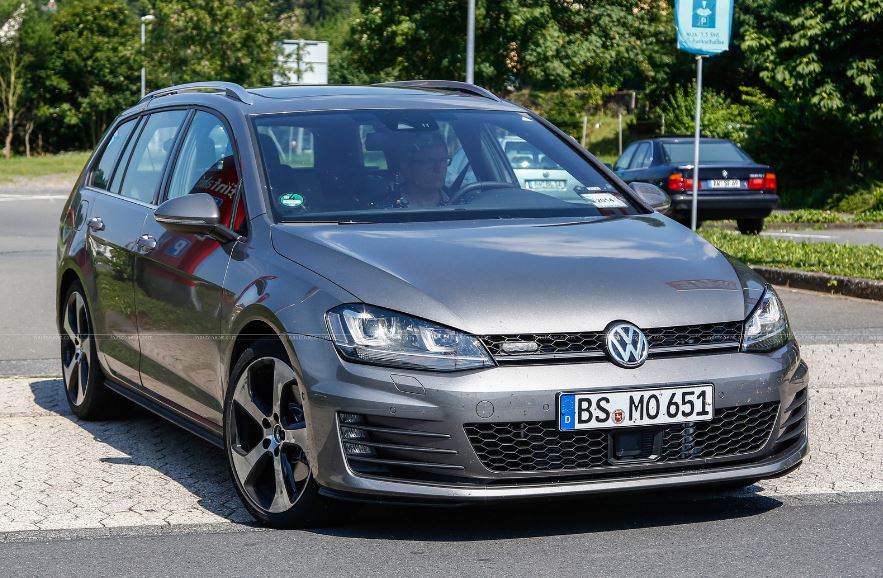 Spy photographers from Inautonews online publication have just caught the Volkswagen Golf GTD Variant on camera, while the model was undergoing some road tests.

The Volkswagen Golf GTD Variant is resembling with its hatchback sibling, except for the rear part, where the model will be receiving some practical features.

The Volkswagen Golf GTD Variant is the next model to be produced by the German based automaker, after the company is preparing to launch the new Skoda Octavia RS or the Seat Leon ST FR model, with diesel engines under the hood.

The fresh Volkswagen Golf GTD Variant will be standing on the already famous MQB platform, coming as said, with some features taken from the GTD hatchback.

Inside, things are also borrowed from its hatchback sibling, along with the wheels and the braking system, while under the hood, the model will be powered by the same 2.0-liter TDI engine, developing 184 horsepower.

The Volkswagen Golf GTD Variant is believed to be unveiled at the 2014 Paris Motor Show, this October, being shortly followed by the Golf R Variant model.