Volkswagen tests Scirocco facelift in the US 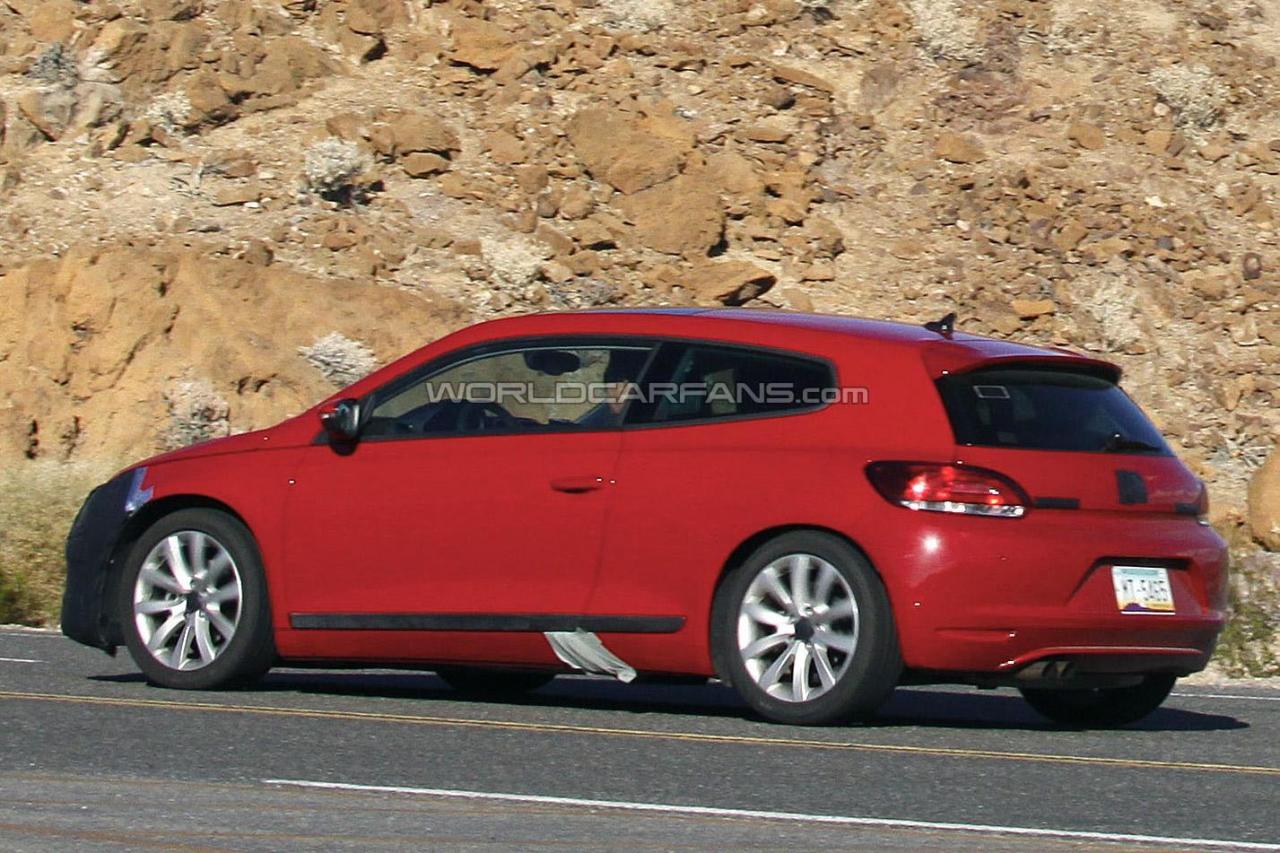 The Germans at Volkswagen were seen testing the new Scirocco, namely the facelift variant of the sporty coupe. As these shots can tell, the new model features a new front bumper, a revised front grille and restyled optical blocks.

We also expect a series of improvements at the interior but for now, there are no details or images.

Sadly for the US buyers, the company claims that the revised model is not going to be sold in the States, even though they test the model there.

For now, we don’t know if the facelifted model will come together with any improvements or additions to the engine range.

If you are looking forward to the new Volkswagen Scirocco facelift, you have to know that the German company will unveil it in the coming months, following to reach the dealerships early next year.