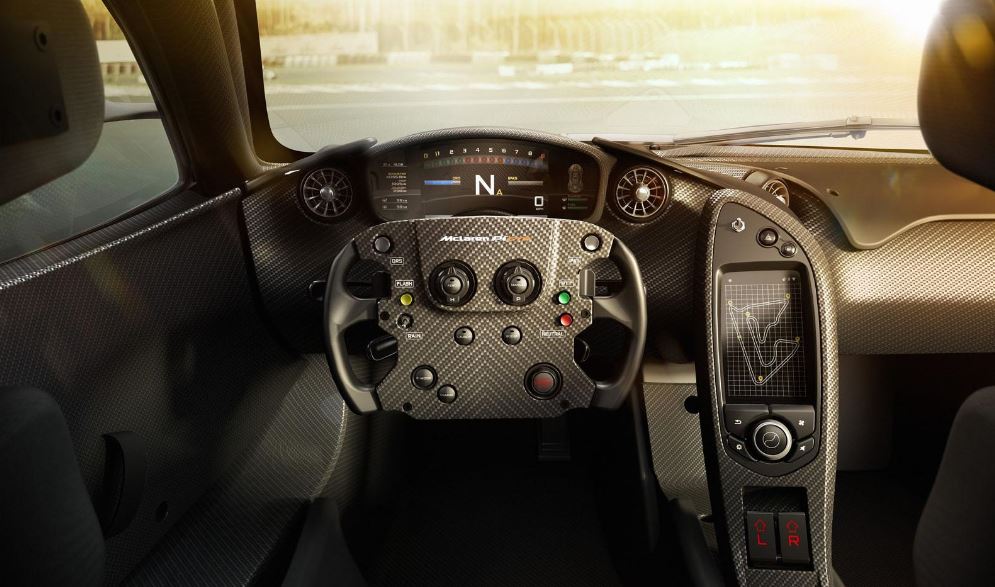 The McLaren sports carmaker has recently launched the first images with the McLaren P1 GTR supercar.

The McLaren P1 GTR was first unveiled just a couple of months ago and now the hot supermodel is ending up in our news again, through some images released by the carmaker.

As seen in the pictures, the McLaren P1 GTR is coming with an impressive interior design, with the steering wheels closely resembling the one found on the 2008 McLaren MP4-23, with lots of switches and buttons, with the DTM style racing seats, sporting the HANS approved carbon fiber seat shell.

More than that, the carmaker also brags that the seat of the driver is specially designed and set up to the chassis, for some weight loss.

Under the hood, the McLaren P1 GTR will come with the same 3.8-liter twin turbo V8 unit and electric motor, producing 1,000 horsepower.

The price for one McLaren P1 GR will be set at a whopping $3.35 million.