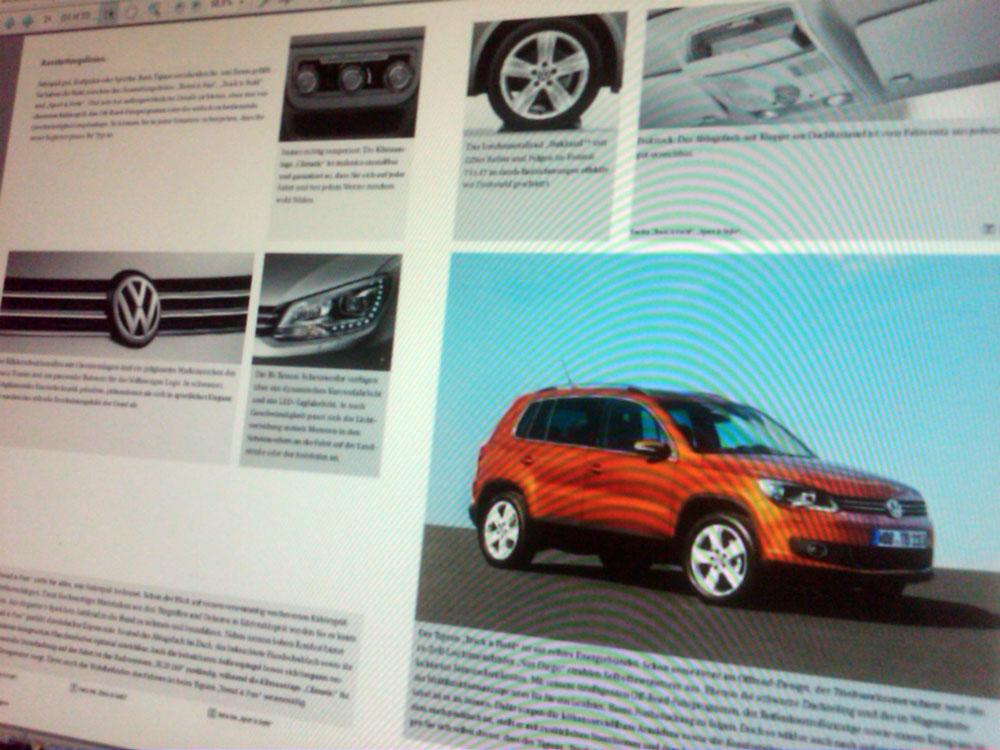 First picture of VW Tiguan facelift was presented in a booklet. Germans will adopt the Golf design style also on their compact SUV.