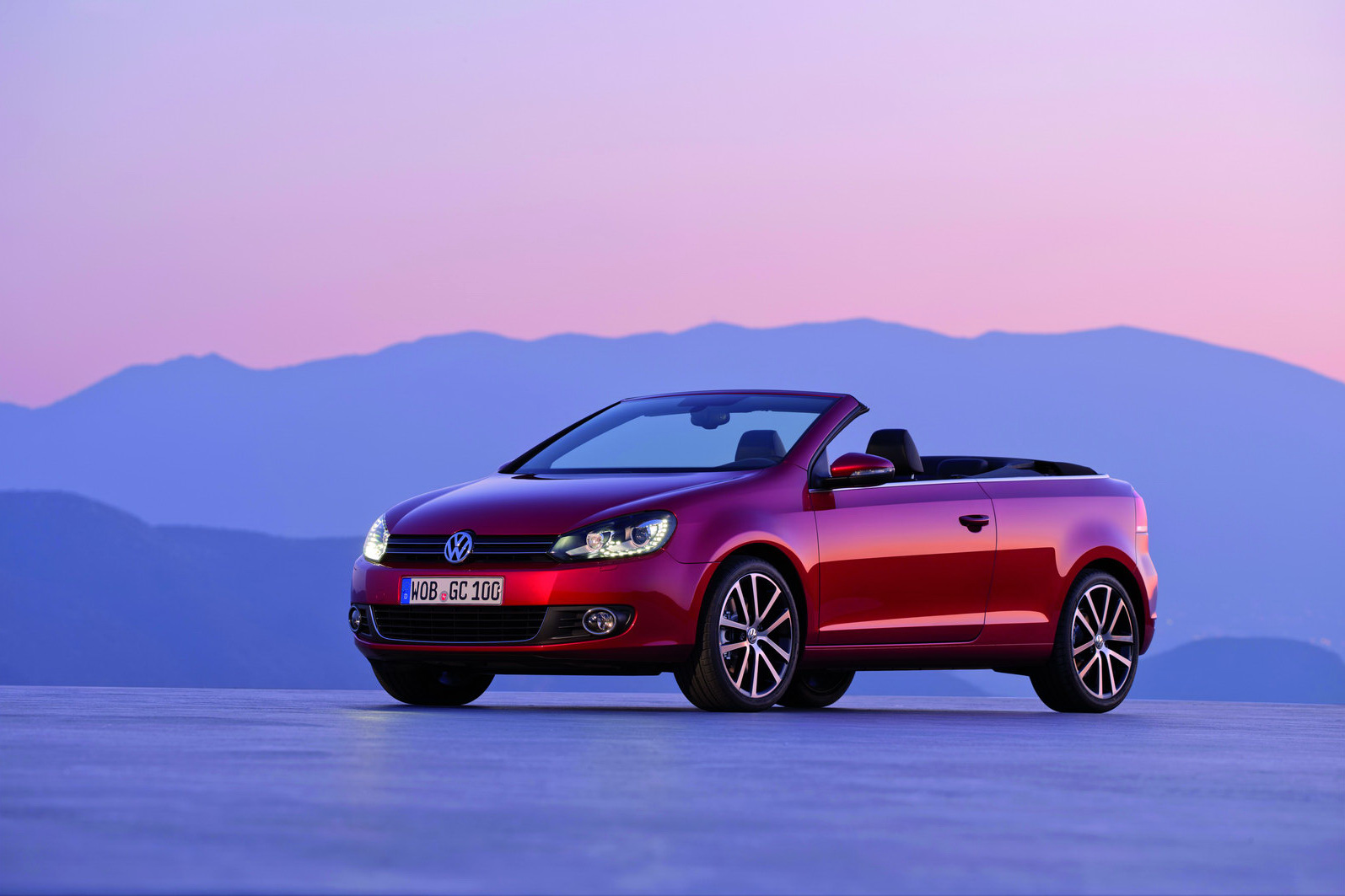 The Germans at Volkswagen realized that in making the Golf’s sixth generation they hit gold as far as hatchbacks go.

There was only one thing they missed in the whole fun is simply called a Cabriolet version. For the 2011 Geneva Motor Show however they sorted that problem as well.

In one of the most down to earth ever Geneva previews, VW has given us the Mark VI Cabriolet.

Naturally, the experience of driving a Golf has seriously been upgraded by the open top situation but the underpinnings and engines haven’t done so.

The engine choice is the same vast variety you can get on a regular VW Golf and the rest of the car is a mixture between the VW Eos, the Audi A3 and the Golf.

Since most of that is relatively clear how is going to be, here’s what you should actually know about the Convertible version of the new Volkswagen Golf.

The VW Golf Cabriolet has a top can be put up or down in about 9.5 seconds while stationary and even up to 19 mph.

When the top is down, the boot capacity is 250 liters and your safety is guaranteed about a pop-up rollover protection system like you can find on the A3 Convertible.

Another important difference is in how the Golf no longer has five seats but instead gets just four.