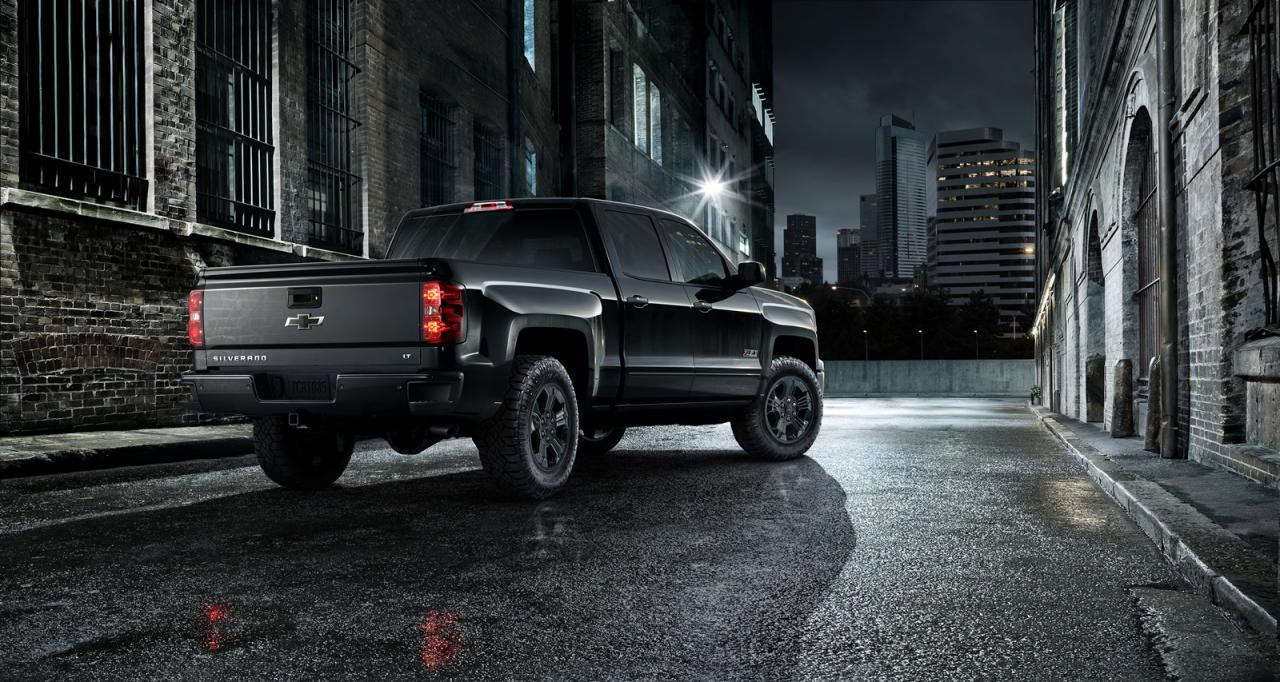 Chevrolet decided to pull the wraps off the new Silverado Midnight Edition before its official debut at the Chicago Auto Show. The American pick-up truck benefits now from this special edition which features a series of styling tweaks as well as extra equipment.

At the exterior, the Silverado Midnight Edition stands out thanks to the a black front grille, revised optical blocks, new Z71 badges and a set of 18-inch alloy wheels with Goodyear Wrangler DuraTrac tires.

For now, only 5,000 vehicles will be built but if there’s interest for this model, 2016 might bring another batch of cars.