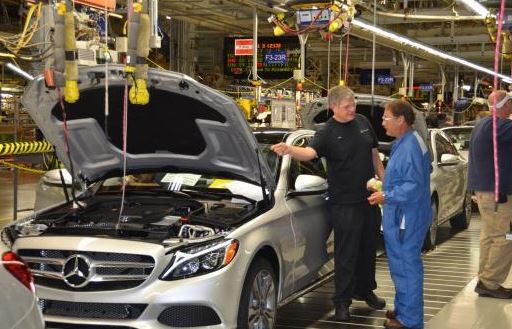 Good news from the Mercedes-Benz German based luxury automaker, which has just announced that the future C-Class model has already been set for production in the United States.

The new Mercedes-Benz C-Class will be manufactured at the carmaker`s facility in Tuscaloosa, Alabama, with other models to be already produced there, like the M-, the R- or the GL Class SUV.

Markus Schafer, the divisional board member at Mercedes-Benz in the US, stated that the C-Class being made at Tuscaloosa plant, will be hitting the US and the Canadian market this fall, the model already being considered successful in the two countries.

“For the first time, the C-Class is manufactured also in Tuscaloosa – the team has done an excellent job in mastering this challenge,” Schafer also added.

The new-gen Mercedes-Benz C-Class is the company`s first luxury model to be manufacturer and produced in four continents, in Europe, in Asia, North America and Africa, the worldwide production market being supervised by the German plant, Bremen.

At Tuscaloosa however, the carmaker has already produced more than 185,000 units starting last year, with the facility employing more than 3,000 workers.