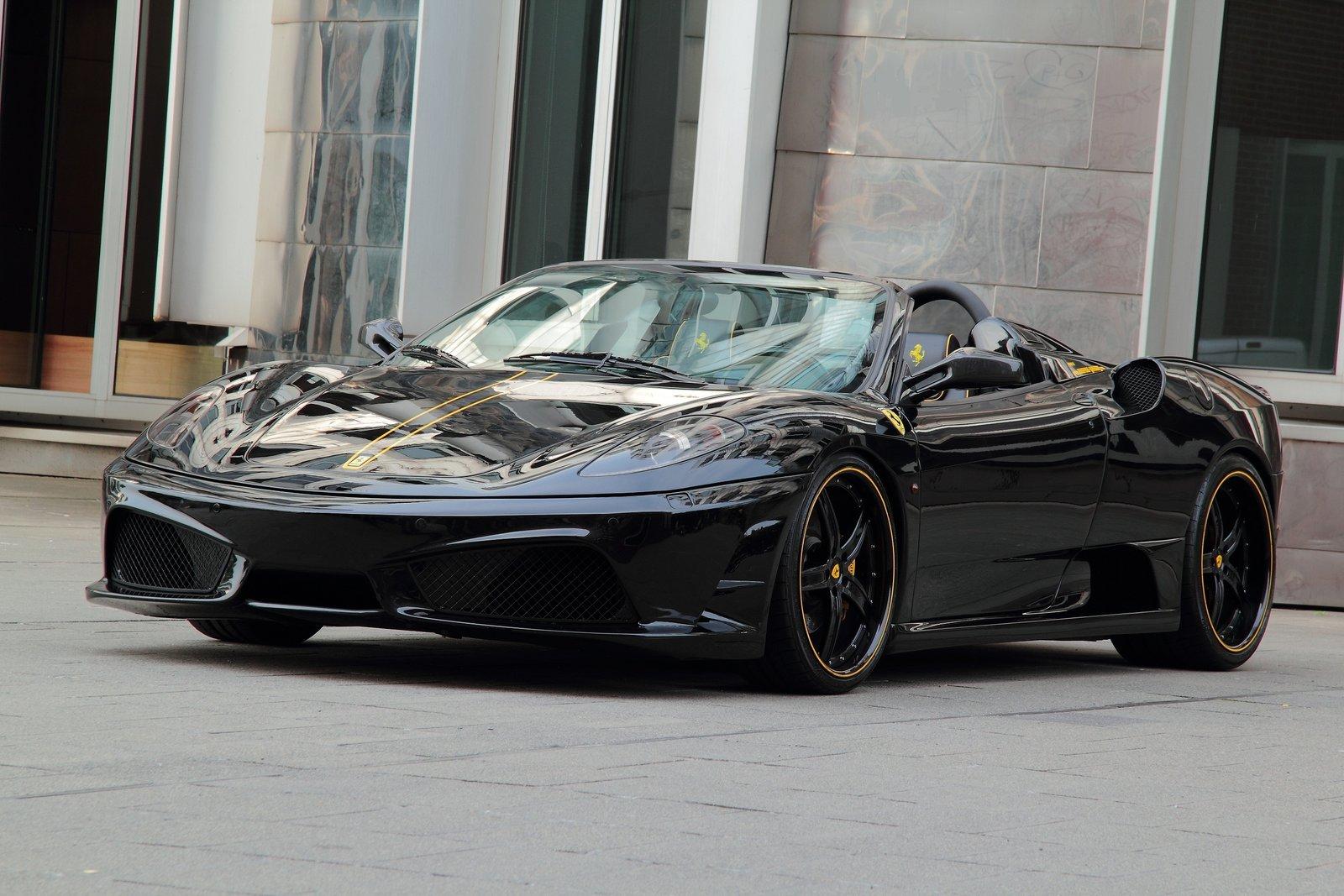 So you call yourself a Ferrari fan? You’ve finally saved or worked up enough cash to be able to buy one of the best cars out there and there’s a problem.

You want a convertible and Ferrari doesn’t have that much of an option for you in this direction. And even if there was a 458 Italia Spyder, you want one that’s as fast as it can be.

Happily though, tuning companies are here to stand just by you. You are the reason why Anderson Germany created a special conversion for the Ferrari F430 Scuderia Convertible.

At the hand of the German tuners, an already crazy car Italian car was given such a mad makeover that I’m hoping it’s delivered with a straight jacket.

The new conversion includes a body kit with a new front air dam, different side skirts, a new rear apron and a lot of carbon fiber in places you wouldn’t imagine.

Specific Scuderia stripes are highlighted on the black paint finish by thin yellow lines and similar such lines can be found on most of the interior. The visual clout of this tune up really helps along the looks of the F430 which wasn’t really Ferrari’s best effort.

Anderson Germany did quite the job on this conversion and the appearance of the Ferrari 430 Scuderia Convertible, but that doesn’t mean they forgot to tend to the needs of the right foot.

The 490 horsepower you used to get from the F430 Spider’s 4.3 liter V8 they used as a base was taken up to a much more impressive 570 horses. Admittedly you don’t get exactly the same engine as the Scuderia but since you get 55 more horsepower you’re likely to let that one slide.

Also when you step out of your house and walk towards the black menacing exterior, you’ll be more captivated with the new brakes that ensure your safety around this monster of a tuned Ferrari and look good.

This is because the big, dark, carbon fiber discs, together with some yellow painted calipers find refuge under glossy black 20 inch rims with a yellow lip.

There’s even a new stereo and a three way adjustable suspension setup but I have a feeling you’ll rarely care about those when at the wheel of your Anderson Germany converted Ferrari F430 Spyder.