2011 Ford Mustang power in a Cobra 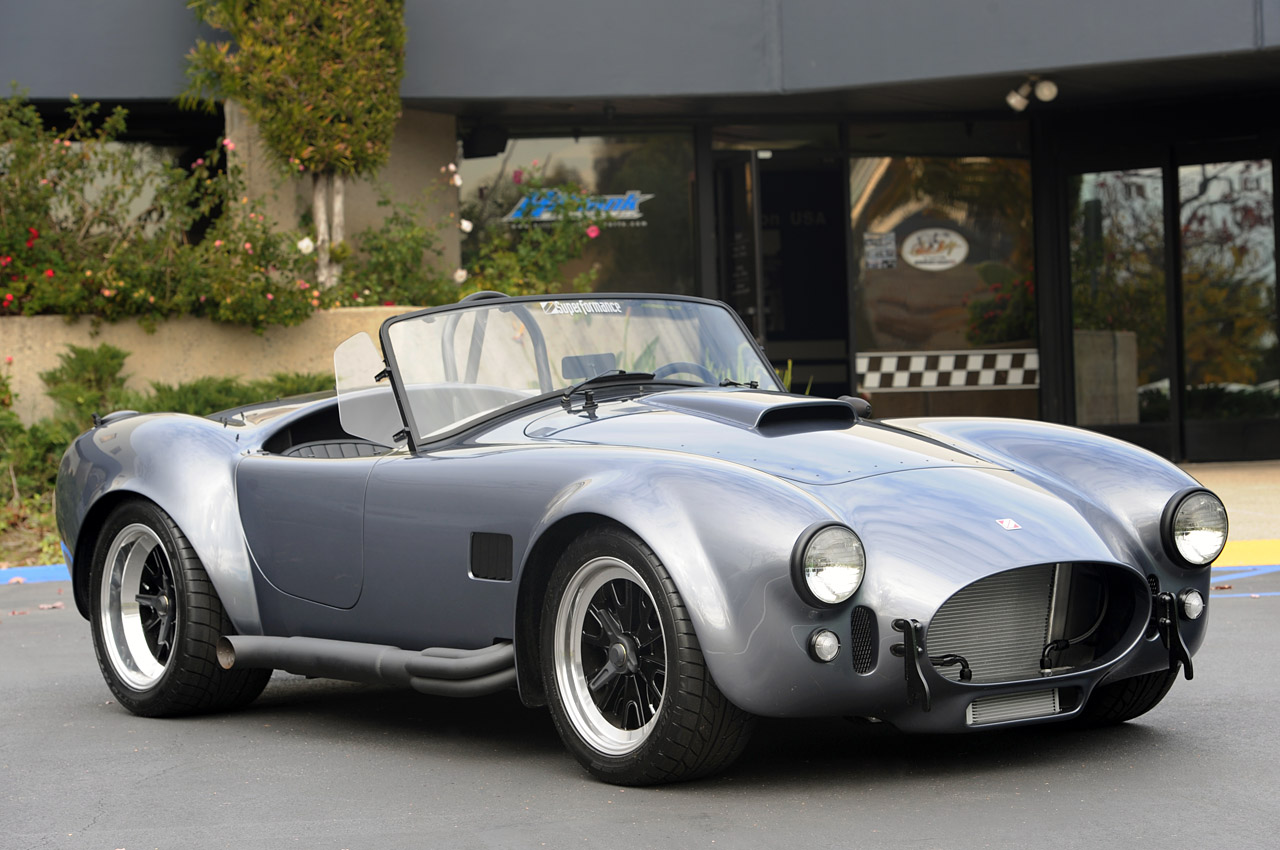 That’s the shortest possible description you can pin onto what we’ve got here in the latest creation to come from the chaps at Superformance.

In walking back in the steps of the mighty Carol Shelby, the American tuner shoved the best engine available at the moment into a very light roadster.

They don’t really come much lighter than the AC Cobra and if that’s settled what about the engine to put in that frame?

Here’s a brainwave, how about the 2011 Ford Mustang’s 5.0 liter Coyote V8 which develops 412 horsepower and enough torque for a truck. In this sort of situation it should be plentiful for a lightweight roadster.

A few thoughts later, the design came about and at the end of the day, we’ve also got a Superformance MKIII Roadster teamed to the new engine in such a way that it feels custom built around it.

In actuality, the engine did require a custom air intake and new headers to make everything work and fit properly. Apart from these mods, the Superformance MKIII Roadster also gets a new exhaust system. One that doesn’t really imply much of an exhaust system.