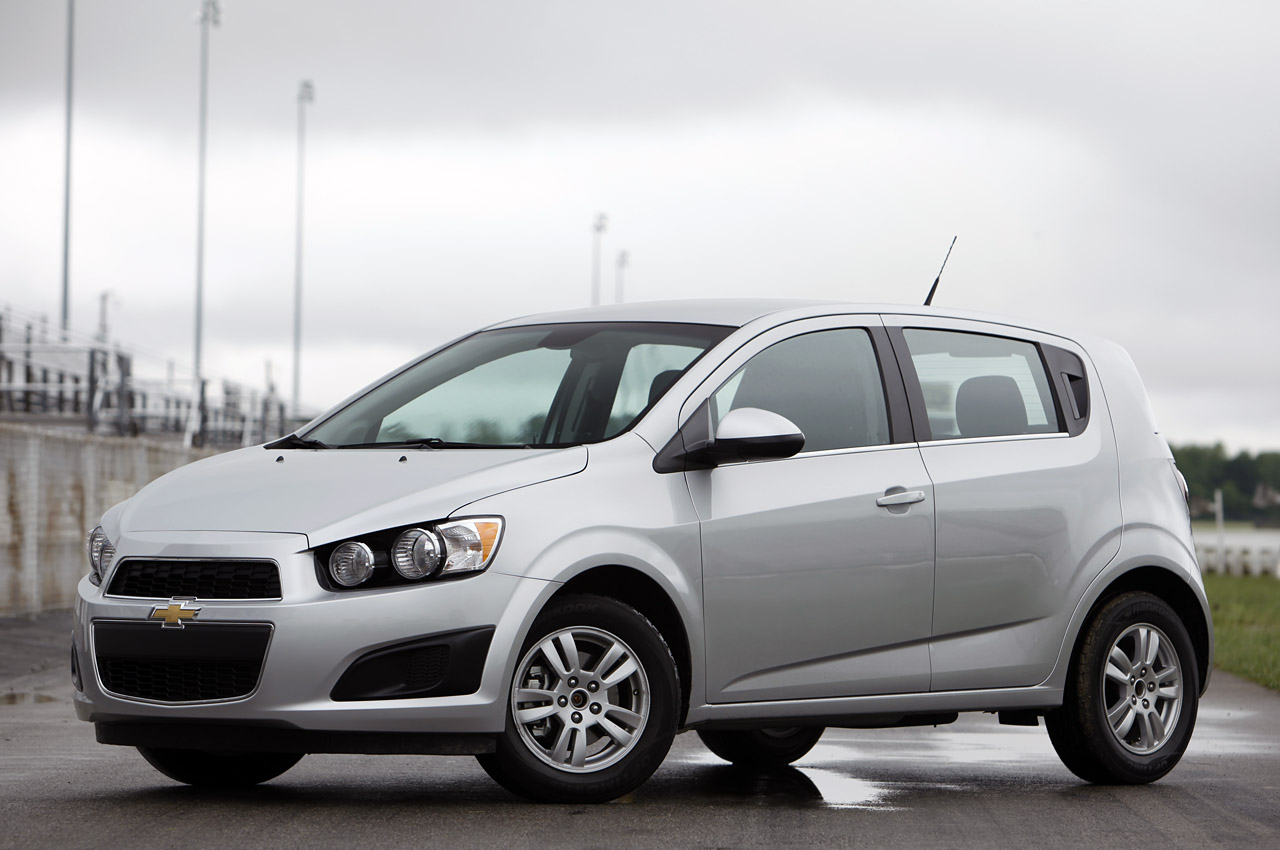 General Motors just announced the pricing they’re going to ask for the 2012 Chevrolet Sonic at a level that meets almost all expectations.

If the sedan is interested you won’t get away without having to hand down $14.495 (destination charges included) and when you focus on the five door hatchback the price starts at a $15.395.

It’s not a bad asking price, but in a world of great value for money that’s fueled by the Ford Fiesta, the Nissan Versa, the Toyota Yaris and the Honda Fit it is on the high side.

The entry level Chevrolet Sonic we’ve been talking about so far is powered by a 1.8 liter naturally aspirated four cylinder engine which grants the acceleration pedal some 138 horsepower and 125 pound-feet of torque which is coupled with a five speed manual gearbox.

Equipment levels for this engine include 10 airbags, remote keyless entry, central locking, ESP, traction control, anti-lock brakes, alloy wheels, OnStar with navigation, air conditioning and if you haggle with the dealer you can get the optional kitchen sink for free.

Kit levels are pretty good on the 2012 Chevrolet Sonic, especially for this sort of market so there may be a bit of a reason behind the slightly higher pricing than the opposition.

Just because there’s a lot of standard equipment it doesn’t mean there’s no extras available on the 2012 Chevrolet Sonic because the three trim levels and major upgrades are pretty interesting.

You can have a six speed automatic gearbox for $1.070 or a better engine in the form of a turbocharged 1.4 liter that comes teamed to a six speed manual for just 700 dollars.

The mid range 2012 Chevrolet Sonic LT adds a six speaker premium sound system with USB and Bluetooth connectivity and steering mounted controls on top of the XM radio and the CD Player.

Comfort seeking customers will be more interested in the powered and heated mirrors, the heated front seats and the cruise control. And on top of that, certainly nobody will dislike the fog lights and the 17 inch alloy wheels.

Sadly, GM didn’t include any information on the range topping LTZ 2012 Chevrolet Sonic’s price or equipment. All we know about it is that it can be purchased with the optional gearbox or the better engine choice.

Maybe it’s Chevrolet’s way of hinting at how the 2012 Sonic LTZ is actually closer to the Z-Spec Concept than we imagine.