Chevrolet Sonic as the Z-Spec Concept in Detroit 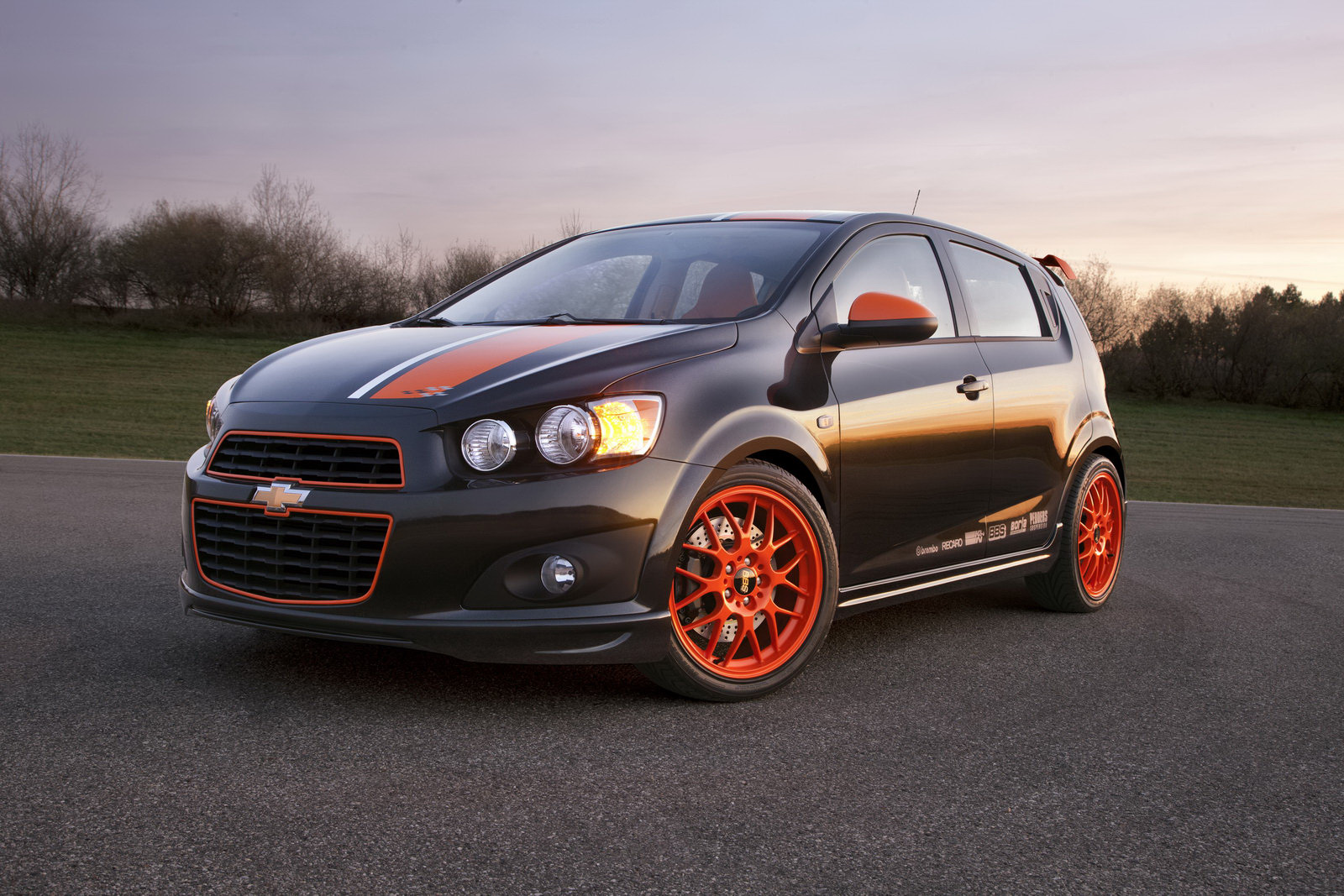 In one of the first trickles of what will soon be a flood of new cars and concepts from the Detroit Motor Show we have something from Chevrolet.

We already knew the Sonic (Aveo as some people who call themselves Europeans know it) was going to be here, what we didn’t know is that it would bring along its evil twin.

The Chevrolet Sonic Z-Spec Concept is just that. Pure evil on wheels. Small wheels, but wheels nonetheless and, boy, can they spin.

There’s nothing really good about it but then again, it’s a concept showing off. Even if some of the parts do leak into Chevrolet’s aftermarket catalog nobody will make their Sonic look as loony as this.

Chevrolet didn’t release any figures, info or press releases on the Sonic Z-Spec but it does speak most of the story within the images. There’s a black paint which is helped along in the retina burning factor by some orange details. Lots of them too, there’s the orange alloy wheels from BBS, the radiator grille surrounds, the rear wing, part of the door mirrors and some “go faster” stripes.

Apart from the BBS wheels things get somewhat difficult to observe. The Borla sport exhaust system takes a second glance to spot and so do the Brembo brakes.

No word is available on some actual power upgrades but hey, there’s still plenty of the Detroit Motor Show to be happening.