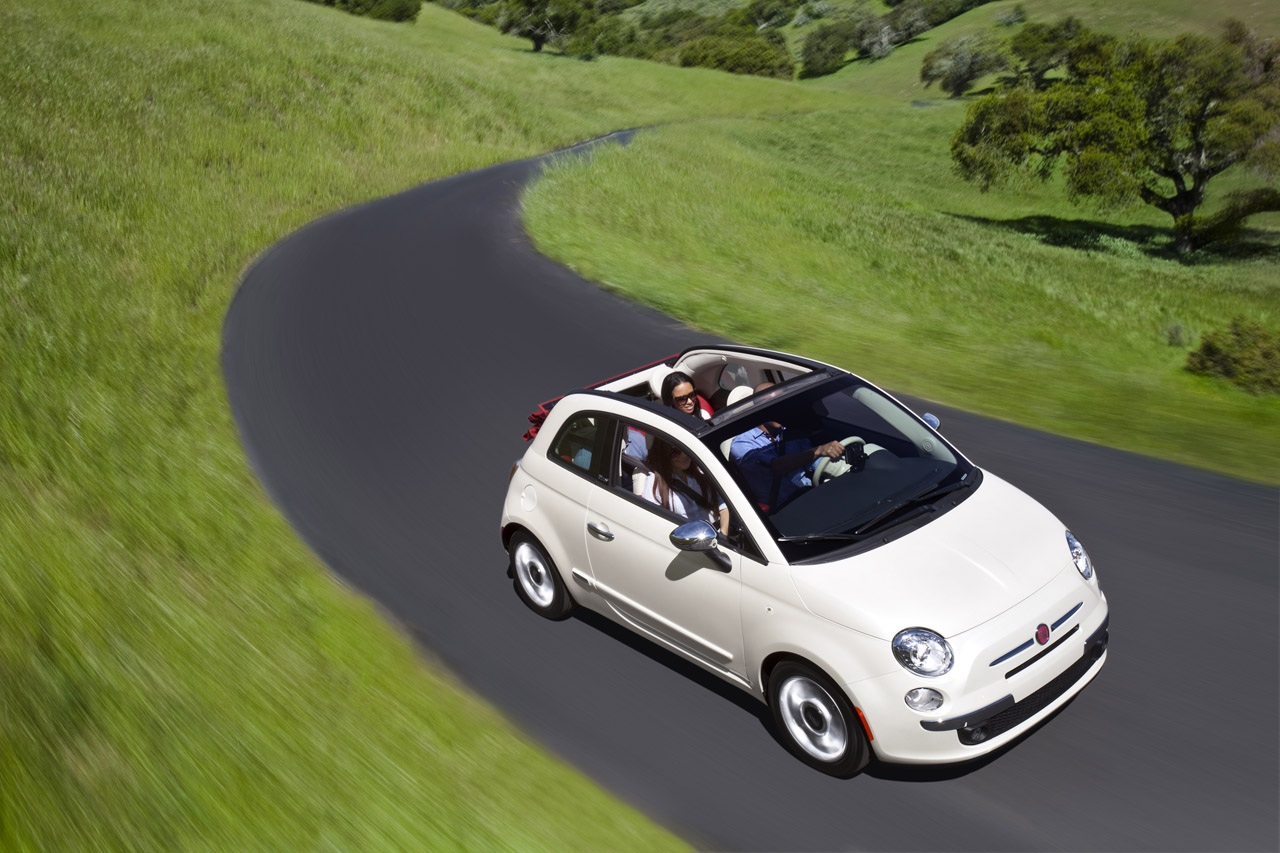 Fiat may be pushing on with diesel, fuel economy and such for Jeep and the Grand Cherokee but the Italians still know how to cater to fun.

This is why the Americans get their shot at the 2012 Fiat 500 Cabrio just in time to catch spring unwind itself and make room for the sunny summer.

Interested in buying one? Don’t rush out yet people, the 2012 Fiat 500 Cabrio may have been officially released but it’s not headed for the dealerships anytime soon.

By the time they actually start deliveries Americans can only dream about the way the 500 Cabrio keeps its fully-framed side windows while still offering you infinite headroom.

It’s only after the New York Auto Show that we’re going to find out exactly what some of those 14 exterior colors and 12 combinations of interior colors and fabrics look on the actual car that the 2012 Fiat 500 Cabrio is.

Until then, the electric fold-away soft top that keeps the roof in duties covered won’t really be spotted around streets.

On the brighter side, Fiat trickling in the arrival of the 500 and its various body shapes has generated so much buzz that when they do come to sell them properly, it will be a write off.