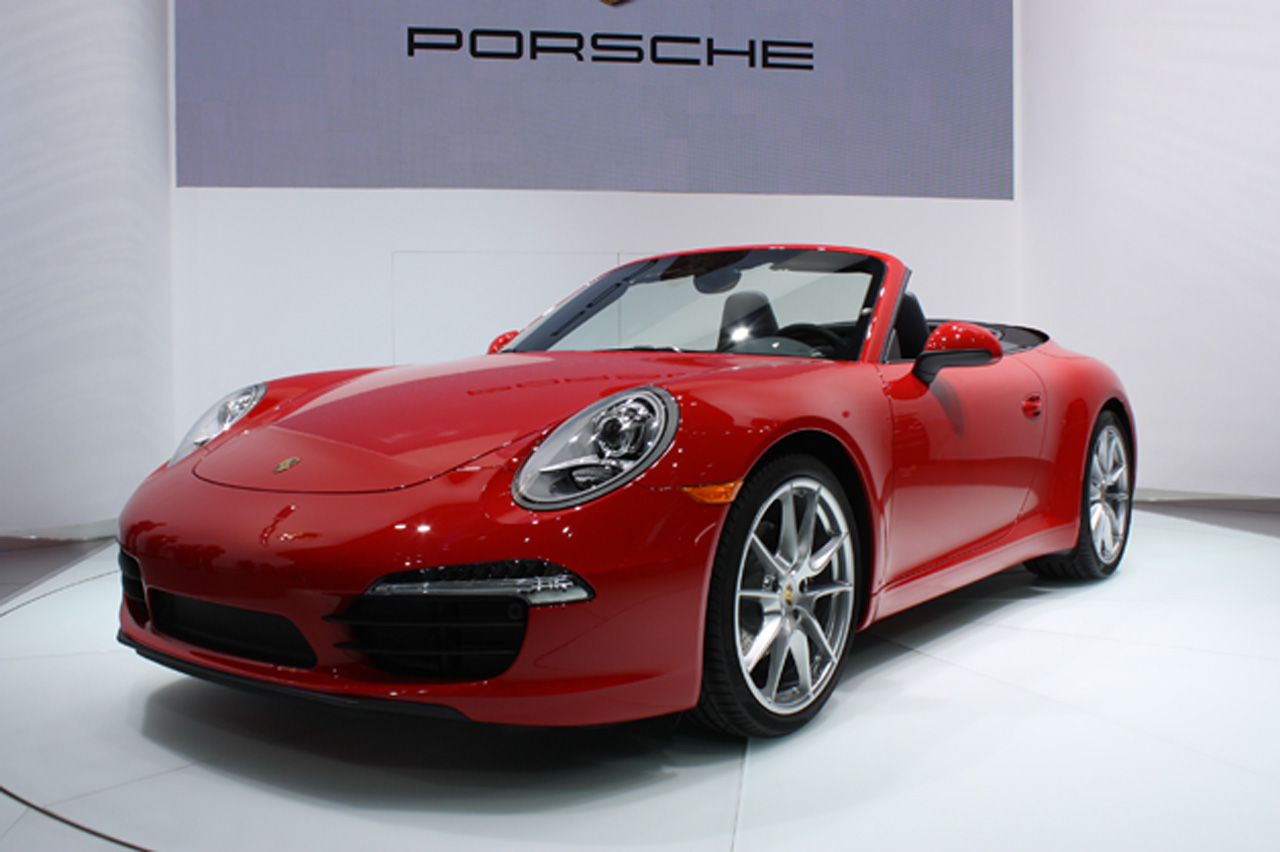 The sports car making Germans at Porsche have kept their promise. Once they had confirmed an official unveiling for Detroit, it happened.

This will have been the 991 generation, or 2012 as it’s known to most people, version of the Porsche 911’s convertible body shape.

Nothing really surprising is going on here and since we’d seen a few photos of what it would look like, this particular release is underwhelming.

After the new body, chassis, engine, gearbox and interior was introduced at the Frankfurt Motor Show in the 991 Coupe, the convertible gets a bit of a smile and then you just want to quickly move on.

There’s plenty of interesting stuff to see at the Detroit Motor Show and I’m afraid the soft top 2012 Porsche 911 just doesn’t have what it takes to be “the most talked about car there”.

Kind of sad really, since the convertible Porsche 911 is a stonking piece of engineering. Certainly more entertaining and impressive than a Chevrolet concept that’s little more than a pipe dream.

The roof of the 991 drop top can be put up or taken down at speeds of up to 31 mph and comes with some new wind deflecting technology to keep your girlfriend’s hair in check.

If wind isn’t going to be a problem, performance might as the 2012 Porsche 911 Convertible can go from 0 to 62 in just 5.0 seconds, even in its entry level Carrera form.

Now, 350 horsepower is impressive but somehow, it doesn’t sound as fun as a 400 pony Carrera S. This version can complete the magic sprint in just 4.7 seconds and it gets a lot quicker with the dual-clutch setup.