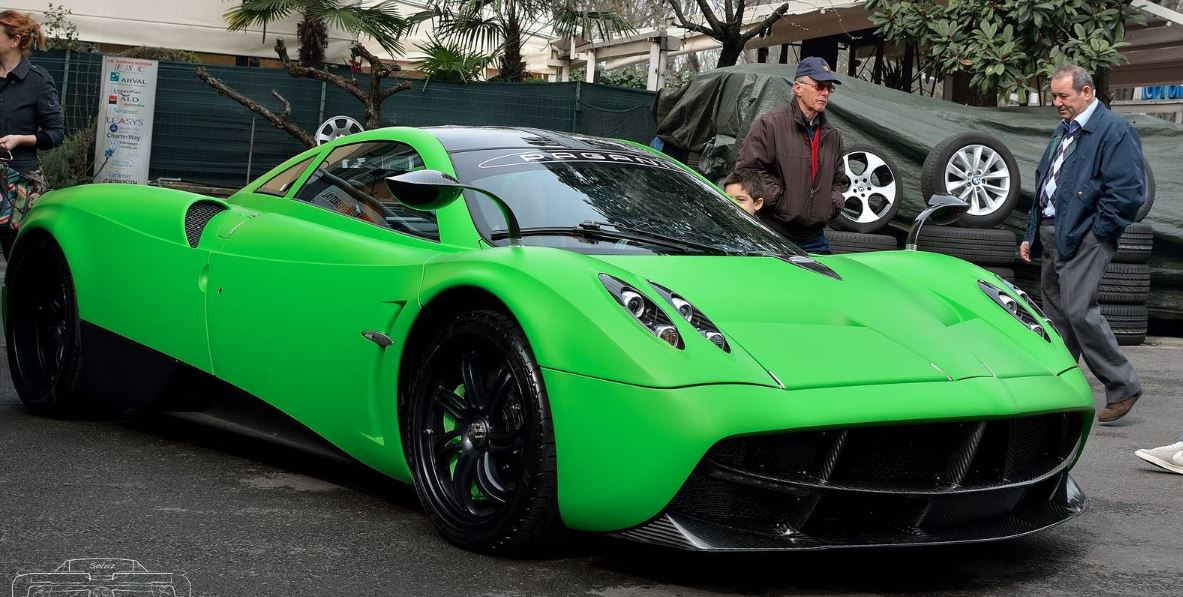 A supercar event held in Modena revealed a Pagani Huayra in Lime Green ready to show off with its spectacular look, as it can be seen in the shots.

We are talking about a Motori & Sapori event being held in Castelfranco Emilia in Modena, Italy that was the host of this extraordinary supercar event.

Before the Pagani would come to life, it was first tested in the wildlife conditions of South Africa as well as in many other places that could test the supercar`s abilities all around the world.

The new look of the Pagani comes in a lime green matte finish, and that is due to the company`s partnership with Wrapping Milano, which also got the brake calipers in lime green, along with a series of black accents.

The power of the Pagani is enhanced under the hood with its massive 6.0-liter V12 AMG TwinTurbo engine that develops an astonishing 720 horsepower and huge 1,000 Nm (740 lb-ft) of torque.