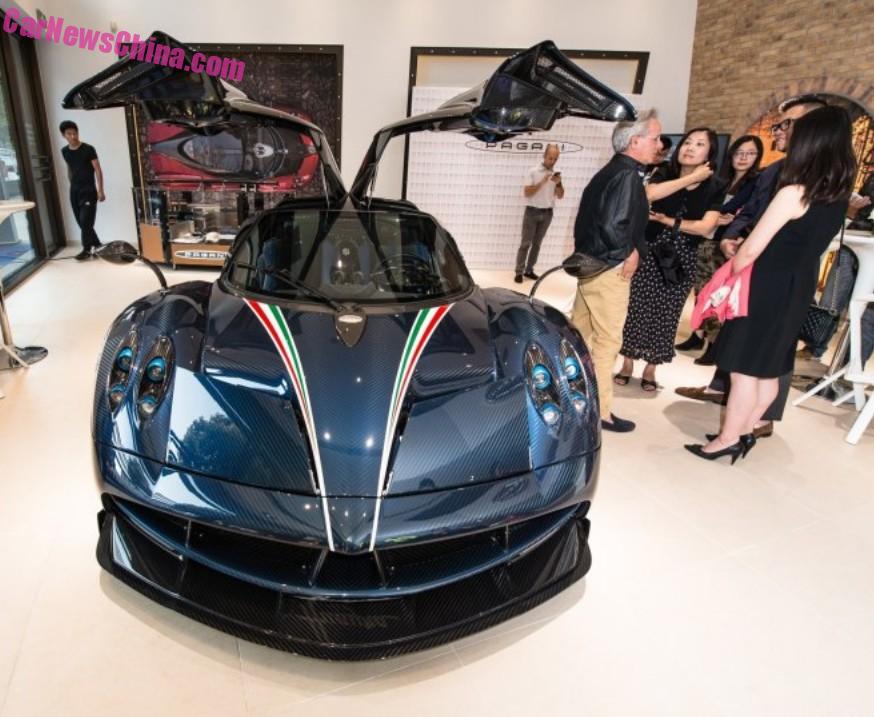 Pagani Huayra Dinastia has been recently unveiled in Shanghai and will be available on the Asian market in a limited edition of just three vehicles.

One of the models is showcased above, wearing an exquisite blue carbon fiber paint, along with the racing stripes which highlights the Italian flag, gold wheels, carbon fiber front splitter, blue headlights and badging, dragon graphics and a few more.

Inside, the Pagani Huayra Dinastia is complementing the exterior with the blue leather on the seats and steering wheel, grey Alcantara trim and so on.

In the engine department, the Pagani Huayra Dinastia will pack a 6.0-liter Mercedes-AMG engine, with 730 horsepower and a whopping 1,100 Nm of torque, sending the power to the rear via a seven-speed sequential single-disc clutch.

The power is enough to sprint from 0 to 100 km/h in just 3.0 seconds, at a topping of 370 km/h. Unfortunately, the Italian tuner has not revealed any prices.

The Pagania Huayra Dinastia was first released in 2012, being one of the fastest cars ever to be produced, the model coming with a rear mid-engine and two-door body.

Tweet TweetPagai Huayra is that particular hot supercar that you don’t get to see much often on...