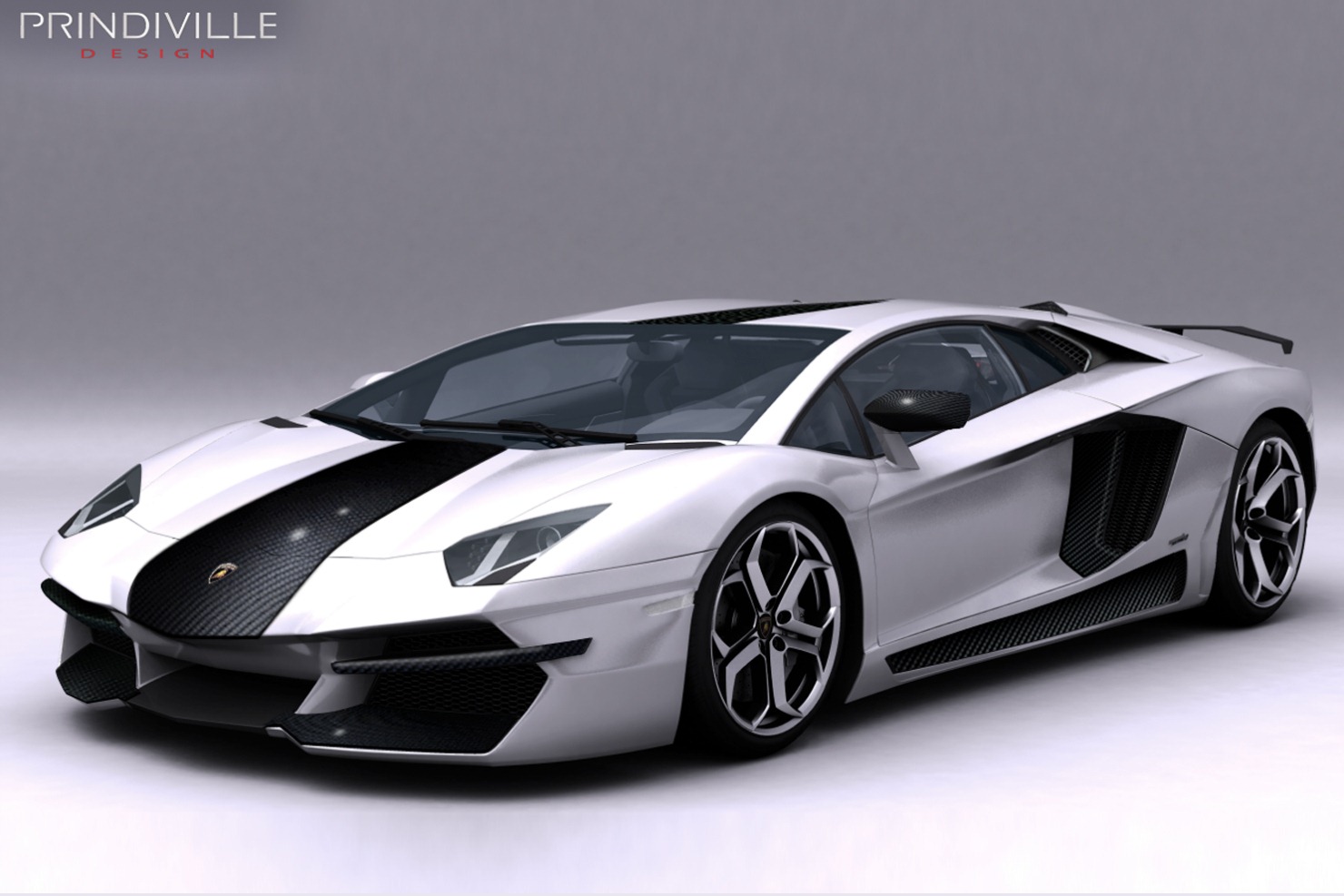 Only in LA, Dubai and a few other equally exclusive and wealthy places could you spend the best part of half a million dollars buying a supercar and end up stopping at the lights next to another one just like it.

Anyway, for those clearly suffering from this massive first world problem, tuning companies such as Prindiville Design exist. The British coachbuilder just announced a bit of a nip tuck operation for the Aventador.

Everything Prindiville Design touches gets blown out of proportion to the point where all you can see is double Ds and G strings. Which, incidentally, is just about right when it comes to a Lamborghini design.

The new body kit, and we do mean body kit, not just skirts and bumpers, is said to be very aerodynamic and very very light.

Compared to the regular panels on the Lamborghini Aventador, they can save up to 65%. This is because the new coachbuilt body is made out of aircraft grade carbon fiber, the best kind out there.

The same bulimic diet can be applied to the exhaust system.

Prindiville Design can fit a titanium one with all the high performance goodness it brings along yet weighs in at 80% less than the standard setup.

Though still sketchy on the details, the next pieces offered by the brits will be a new suspension package, better brakes and a retuned ECU.