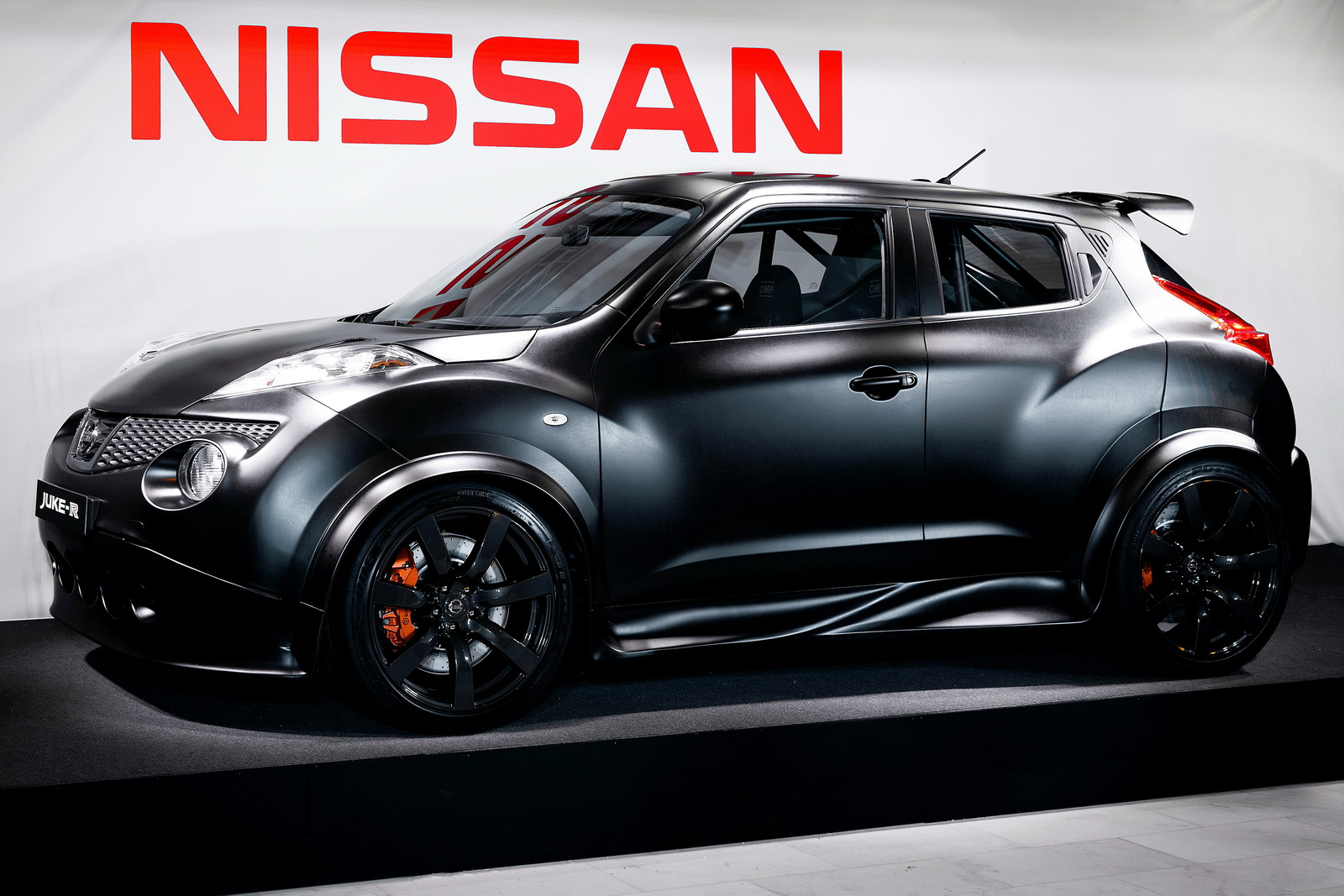 We got an insider into the Nissan Juke-R not very long ago and we can no see and admire its full blown lunacy levels for a finished product.

Unveiled officially at a very small crossover press meet in Malaga, Spain, the Nissan Juke-R has finally seen the light of day in the metal.

Appearances are a little bit deceiving as it would seem nothing has really been done apart from some lowering, the addition of a new set of wheels and side skirts.

If you would say that out loud you’d be so laughed at that you might end up being something other than a petrolhead just to let go of the shame.

The Nissan Juke-R is actually an enormously well hidden sleeper that’s made by the Japanese factory itself.

It sounds stupid, I know, but bare with me. Think about it, you are at the lights next to a guy who seemingly has a riced out small crossover and start laughing at him.

The next thing you find is that the Nissan Juke-R, is actually almost entirely a GT-R, with a wrong body put on top and it is powered by a 3.8 liter twin-turbo V6 with around 500 horsepower.

Really an astonishing car, but sadly, only two of them will ever be built, probably to save smartasses from embarrassment.