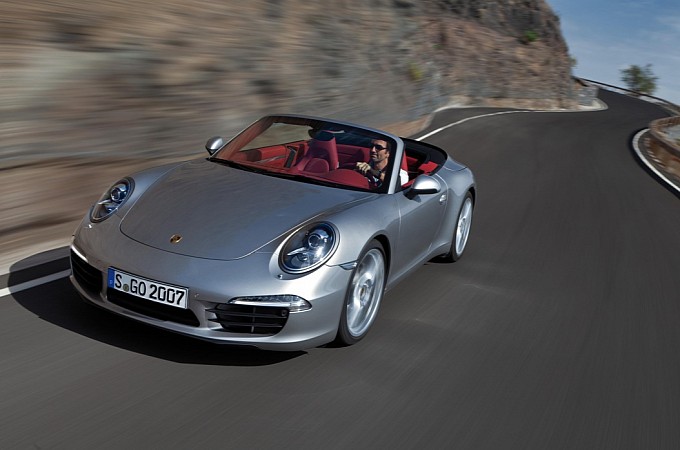 At the end of this month the 2012 North American International Auto Show will open its gates and even though we already know what to look for, Porsche wanted to remind us something.

This would be the 2013 Porsche 911 Convertible which the Germans have confirmed to have ready for a full unveil by the opening day, January 9th.

The drop-top version of the recently announced 2012 Porsche 911’s new generation, the 991 is very predictable in what it will offer but is still enormously interesting.

Apart from the fact that until now we’ve been rather missing out on the new imagery of the drop top iconic German sprots car, the spyshot scene hasn’t been filling our needs either.

This new unveiling should introduce the same bonus points as the Coupe, only with the open top experience to show off.

That means that the notable improvements will have been seen by the addition of a new, refreshed engine, a new more aerodynamic body and a seven speed manual gearbox.

The latter is the true premier but we can’t ditch the merits of how Porsche have managed to make an already great sports car, the Porsche 911, even better in just about every single aspect.

Speaking of which, let’s hope that in the case of the Convertible 911 Porsche will be unveiling in Detroit, they will have sorted out the fire incident that’s been caught earlier in the year during the testing phase.

All insensitive jokes aside, the 2013 Porsche 911 Convertible is expected to be one of the most talked about models of the Detroit show.