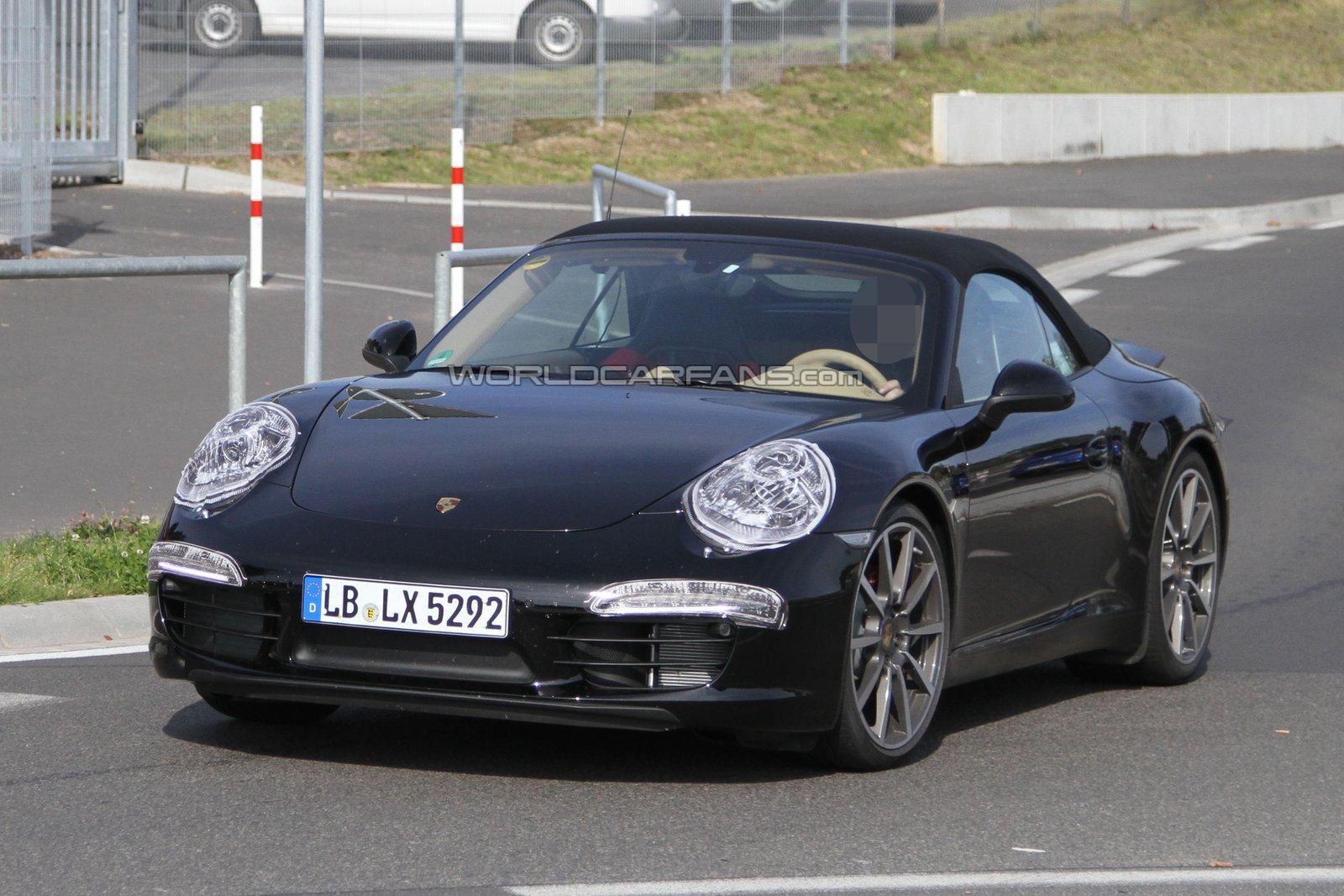 Even though it’s German, reliable, a bit clinical and a bit cold, the Porsche 911 is still an object of attraction and the convertible version goes one up.

It is this convertible version that has recently been spied not far off the Nurburgring which is always a good sign, but there’s more.

Based on the recently unveiled Porsche 991 911, this time the convertible version was spotted without wearing almost no camouflage at all.

This time the only added camouflage to hide the complete sighting of the upcoming Porsche 911 Convertible is to be found on the headlights and taillights.

We don’t know exactly when Porsche plans to officially unveil the 991 911 Convertible to the public but best estimates come in at the upcoming Tokyo Motor Show.

A full market release though is expected to come shortly after that motor show appearance, if not immediately, just as is the case with the coupe.

Under the ever revealing skin of the Porsche 911 Convertible we expect to see the same 3.4 and 3.6 liter flat-six engines as in the coupe and the same sort of gearbox choices.

This certainly means that buyers of the 991 911 Convertible will also be getting a chance at the brilliant PDK double-clutch affair or even the new seven speed manual tranny as well.