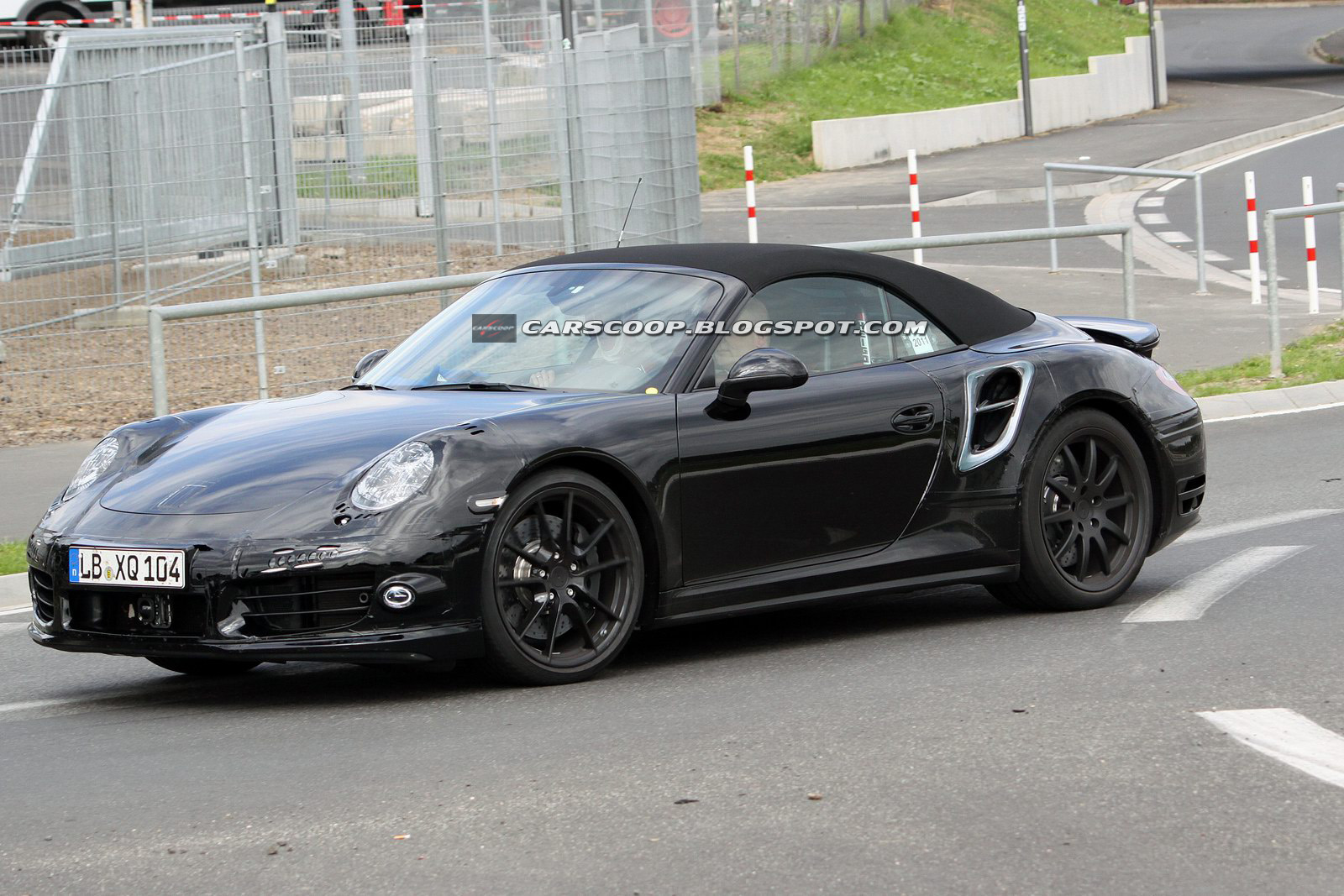 With Porsche just having unveiled their 2012 modelyear 911 coupe, a few of the spy photographers managed to snap a few shots of the next thing the company is working on.

Predictably, it’s a very important step forward as to what the 911 showoff breed is all about, dropping the top off and coming up with a convertible version.

Now, since this is Porsche and since there’s no really new model there’s clearly not going to be a great amount of changes going on.

With that in mind, it begins to seem a bit unnecessary of Porsche to use that much of camouflage around the front end, the headlights and the side intake vents.

Apparently the model here gets all this “hidden features” since it is a Porsche 911 Turbo S Convertible, one of the hottest rag tops you can find out there.

On the new technology front, a new seven speed manual gearbox will most likely be shoehorned into the Porsche 911 Turbo S Convertible and, along with the Start/Stop system, it should help this sports car meet the legislator’s demands.

By that I mean the emissions standards as well as improved fuel economy on top of the previous version of the Porsche 911 Turbo S Convertible as well.

One thought on “Porsche already working on new convertible 911”