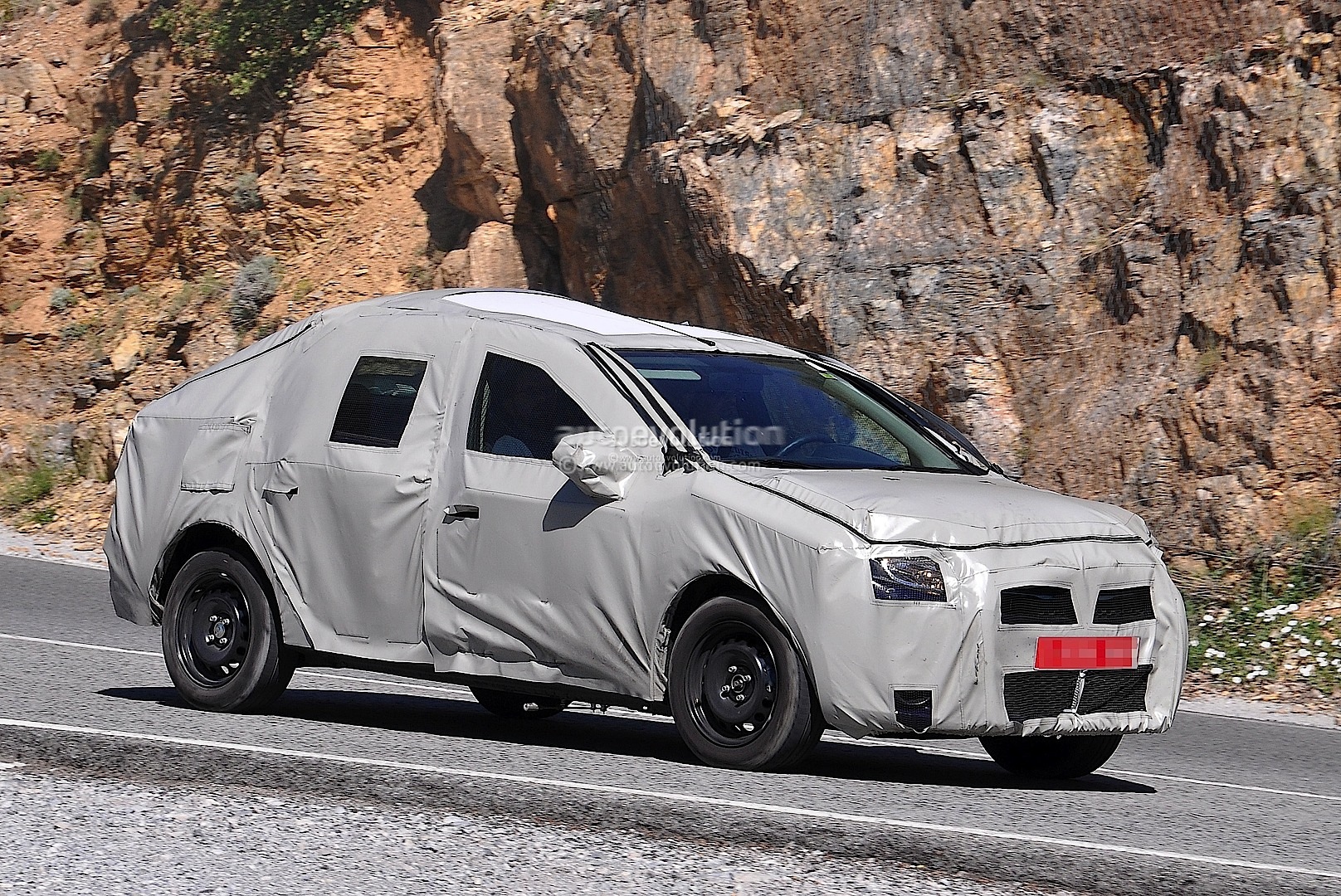 If you don’t it really doesn’t matter. What does matter is that the first fully fledged Renault inspired model Dacia ever made was the Logan.

It first hit production back in 2004 and has been going stronger and stronger ever since. Even so, there’s no getting away from the fact that its lifespan is nearing the end.

Renault and Dacia’s engineers must have been hatching away at the Logan’s replacement for quite some time but it is only now that we get to see some early spyshots of the new car.

Mind you, see, is used very loosely in that description since there’s so much camouflage on the car that there’s basically no giveaway of what it is.

Thankfully, there’s plenty of anoraks out there to tell us that the car spied here is in fact a Dacia, more specifically, a Logan model.

We have no idea on how much the styling may or may not change but we do know that underneath the Dacia Logan we will find the platform from the Renault Fluence.

That’s a bit of a step forward since the current Logan is related to the smaller Renault Clio and the Fluence is a replacement for the Megane sedan.

The engines are expected to stay roughly the same but there is some talk of a smaller turbocharged powerplant option as well.