2012 Porsche Boxster does the Nurburgring 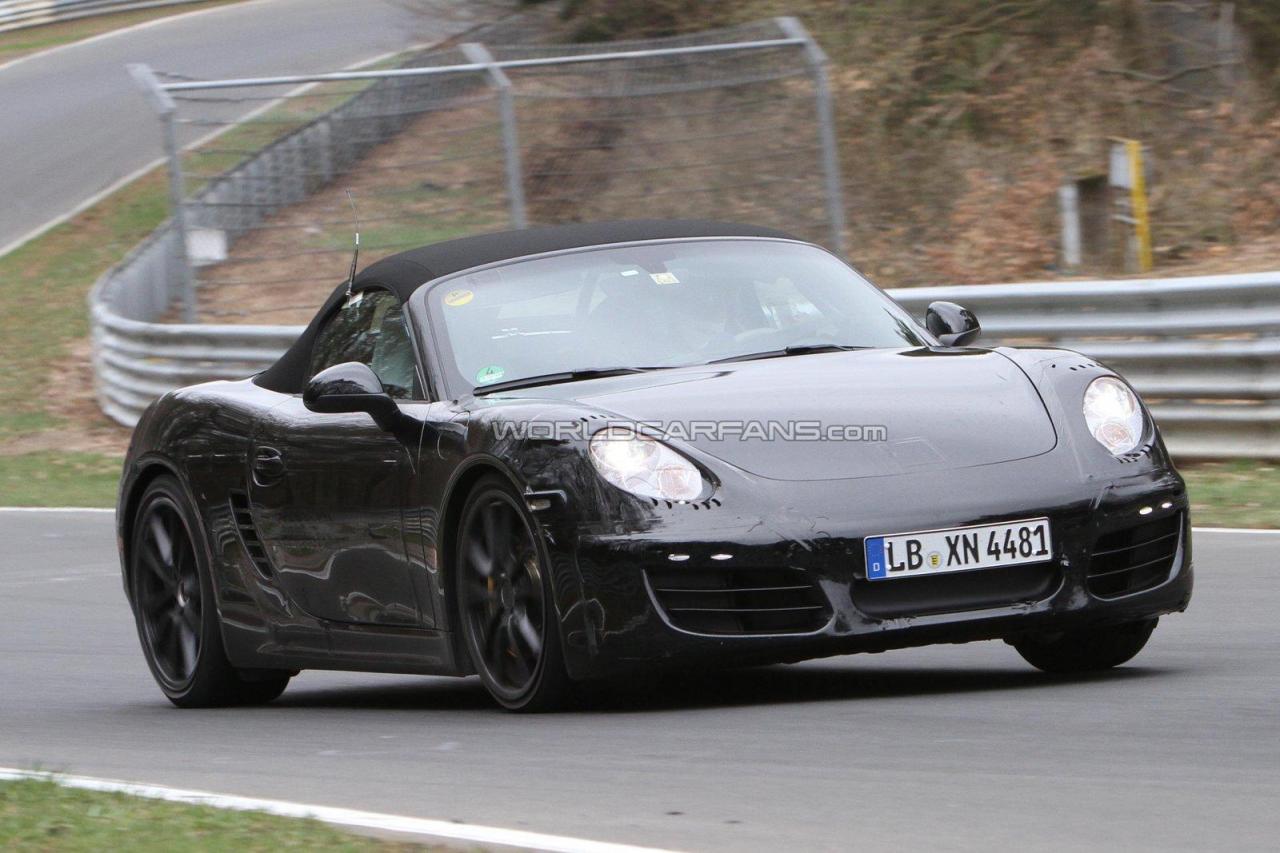 In camouflage of course, but nevertheless, spy photographers didn’t miss this opportunity to snap a few frames of what the future Porsche Boxster will be like.

Clearly, Porsche’s design department won’t have had any sleepless nights as the shape has barely changed but happily there’s more to the 2012 Boxster than that.

Stuttgart’s finest decided to retain the mid-engined layout, to retain most of the looks, and go to town on updating the underpinnings.

While everything seems the same, there is a bit of a hint on the exterior of this car, the stance has been changed, which suggests that Porsche had their work cutout in updating the chassis and suspension.

That’s pretty nice and clear but the best bit about the 2012 Porsche Boxster is the new engine we’ve been hearing about lately.

It seems like power for this new entry level Porsche will come from a newly developed 2.5 liter, four-cylinder boxer engine.

This unit should replace the older 2.7 liter unit and it should develop the same amount of thrills only with better fuel economy and less CO2 emissions.

The true gem in finding out about the 2012 Porsche Boxster going around the Nurburgring is what should replace the old three liter version.

Unusually for Porsche, it’s going to be replaced by the same new 2.5 liter unit, only it’s going to get a turbocharger to help it along and that could develop up to 365 horsepower.