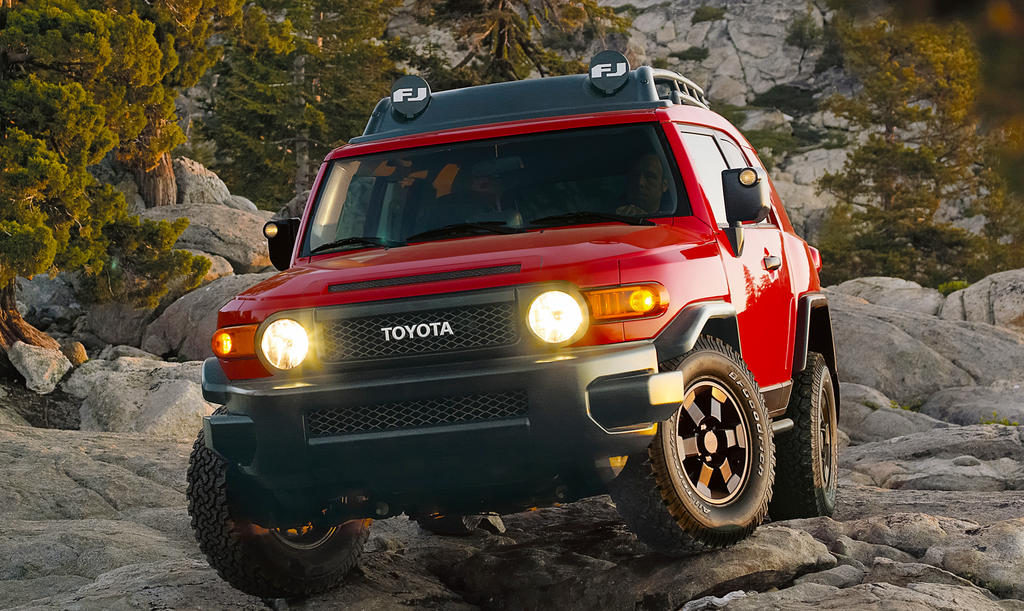 As a special looking off-road vehicle, the 2012 Toyota FJ just got itself a special edition that makes it fitting for what it looks like it’s capable of doing to begin with.

It’s called the 2012 Toyota FJ Cruiser Trail Teams Special Edition and it gets a decent mixture of technical and appearance extras.

The only difference is where and how they work. Whereas the technical stuff actual helps the off-road abilities of the FJ Cruiser, the appearance stuff is mostly limiting.

Interestingly enough, the only color you can have on the 2012 Toyota FJ Cruiser is Radiant Red and pretty much the same goes for the roof.

In order to slightly spice up a few of the color scheme, Toyota paints the 2012 FJ Cruiser’s Trail Teams edition’s door handles, bumpers and front radiator grille in black.

When it comes to the rough stuff, the 2012 FJ Cruiser special edition gets Bilstein shocks, off-road TRD wheels and BFG All-Terrain tires.

On the second higher side of the Trail Teams edition there’s a set of off-road rock rails and the all important skid plates for the engine, fuel tank and transfer case.

For an unprecedented detail, this Toyota FJ Cruiser’s 4.0 liter V6 engine gets a special cyclone pre-air cleaner, one which helps the engine breathe under heavy conditions while not changing the 260 horsepower output.