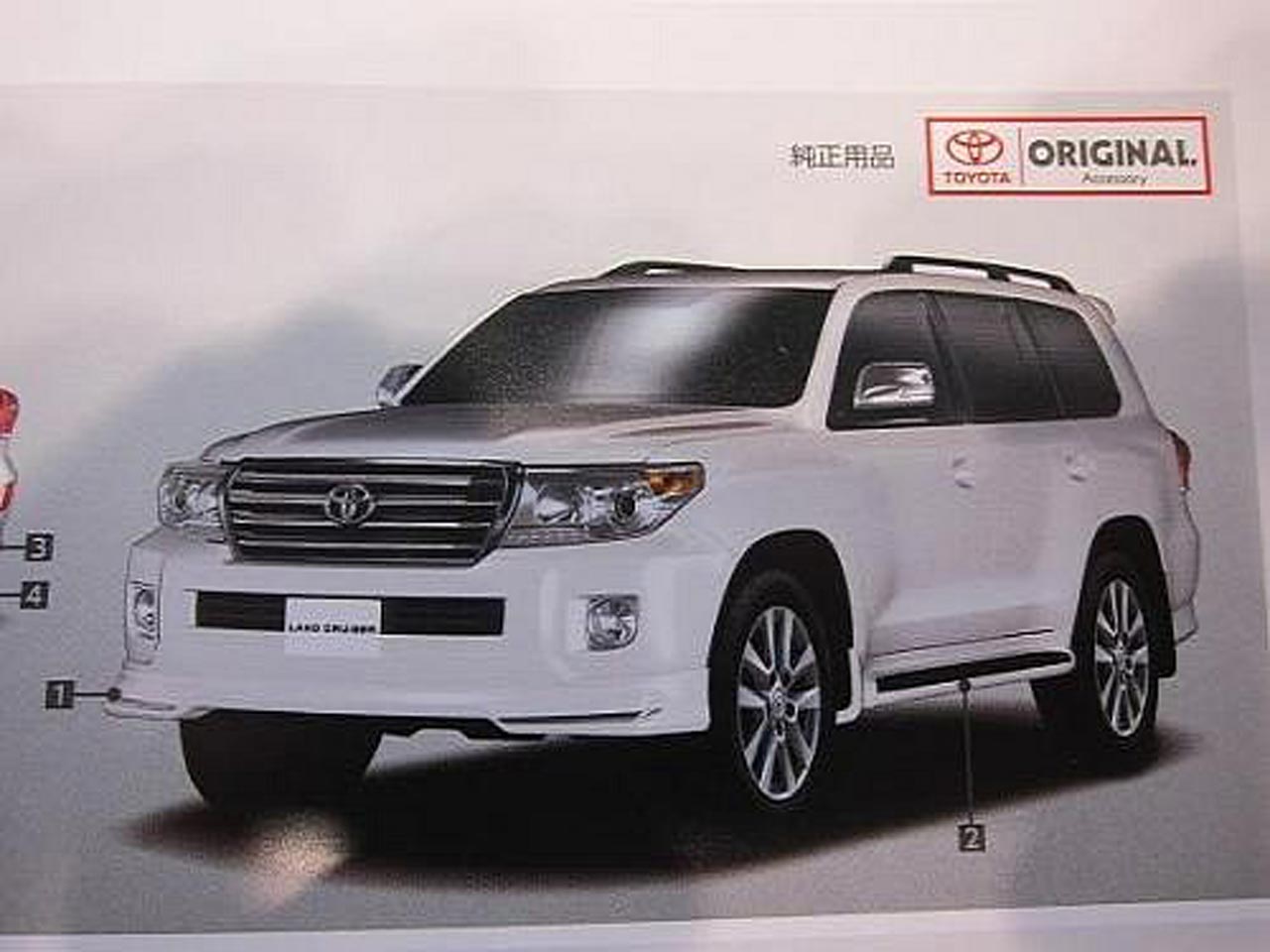 Anybody familiar with the Toyota Land Cruiser will certainly know there’s nothing leaky about it or that it couldn’t be fully described in just a leak.

Still, Toyota Land Cruiser fans will know that when it sets its sight on something, the Japanese off-roader is an achiever so it can even beat its stereotypes.

Thus we are here today with a couple of brochure photos of what the 2012 Toyota Land Cruiser will look like.

Not sure how it managed to fit on the page but the aforementioned brochure must have weighed a couple of tons just for holding the picture on it.

The original brochure was caught in Japan and later published by the Prado Club, to whom we are thankful.

Getting back to the 2012 Toyota Land Cruiser, it’s just as you’d imagine. Enormous, imposing and with a no-nonsense attitude to life.

In regards to changes from the previous version, there aren’t that many. Most of the shapes on the 2012 facelift of the Toyota Land Cruiser are the same as before, with details making the difference.

The headlights now feature LED technology, the radiator grille is just as big only a little busier. Some new mirrors and a slightly refreshed aerodynamic body kit is meant to make for some leaner cutting of the air.

Apparently, the option list on the 2012 Toyota Land Cruiser may include a different body kit, one that is aerodynamic so that owners may actually get a teaser on what fuel efficiency is.