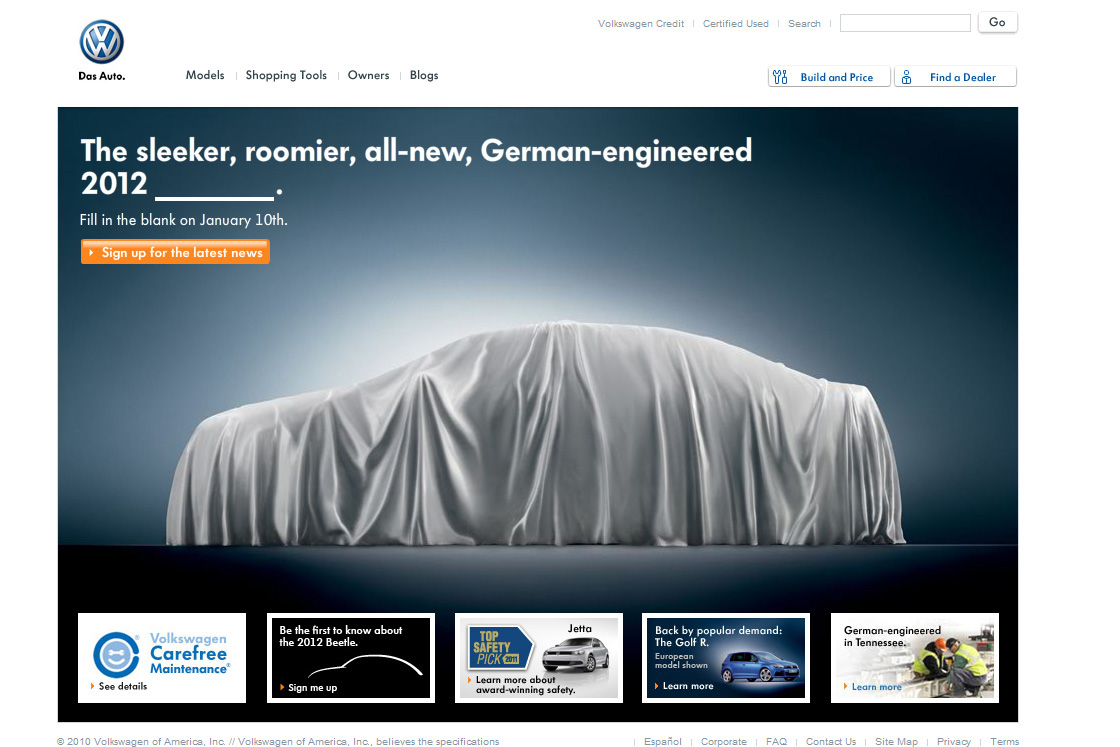 It’s all nice lovely speaking about Ferraris, Alfa Romeos and lots of other cars that are spectacular in just about every way but out in the real world it’s not everybody’s interest in how much horsepower the next Porsche will develop.

Out in the real world, the car we’re looking at here “almost” is one of the most important automotive releases of this year. It’s Volkswagen’s 2012 NMS.

For those of you who don’t really live in adspeak land, that stands for the New Midsize Sedan the Germans are going to inject onto the American market.

There is one catch, although the new Volkswagen NMS is set to replace the Volkswagen Passat, in the U.S. it will not be the new VW Passat the company launched in Europe. According to their own press releases the VW NMS has been designed with a clean sheet starter.

That all remains to be seen but one thing is certain so far. The 2012 Volkswagen NMS will be seen for the first time on January the 10th at the Detroit Motor Show.

Completing a rather short list of things we know about the Volkswagen NMS is that it will be built in the U.S. at the company’s new plant in Chattanooga, Tennessee. A serious plus point for it will be that the new car will be actually cheaper than the model it replaces.