Audi SQ5 by ABT Sportsline 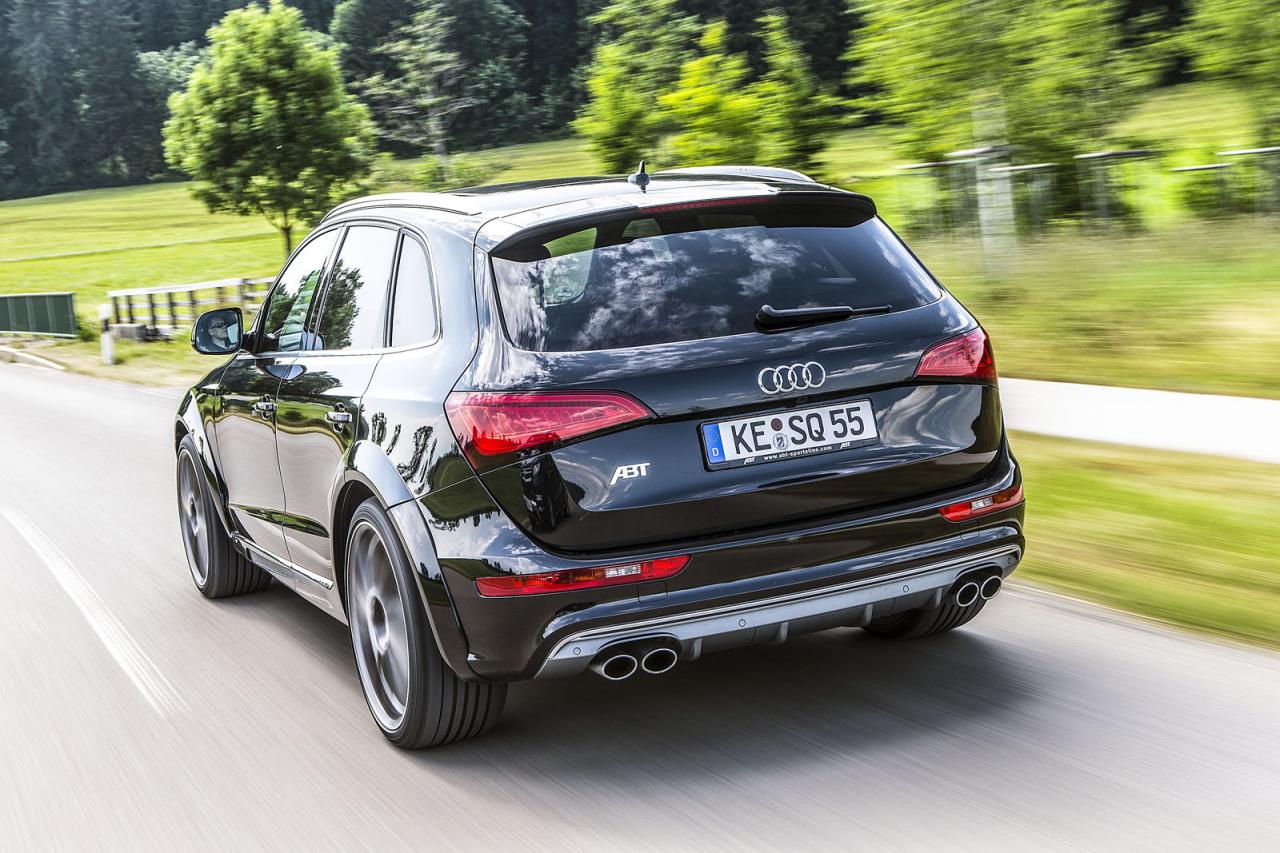 ABT Sportsline released their take on the Audi Q5, namely the SQ5 model. Based on the TDI model, the German model receives a series of styling and performance improvements.

Under the hood, expect the 3.0-liter V6 TDI unit to deliver 360 horsepower and 700Nm of torque. The additional power will let the German model to sprint from 0 to 100 km/h in less than 5 seconds with a top speed of 250 km/h.

At the exterior, ABT provides a body kit which includes new front and rear bumpers, extended wheel arches, large 22-inch alloy wheels, a new front grille and side skirts.

A retuned suspension also brings the model closer to the ground while improving the ride. There are no details about any interior tweaks but you can expect some minor changes as well.

Pricing and availability details were not released yet but you can get in touch with the tuner for more information.