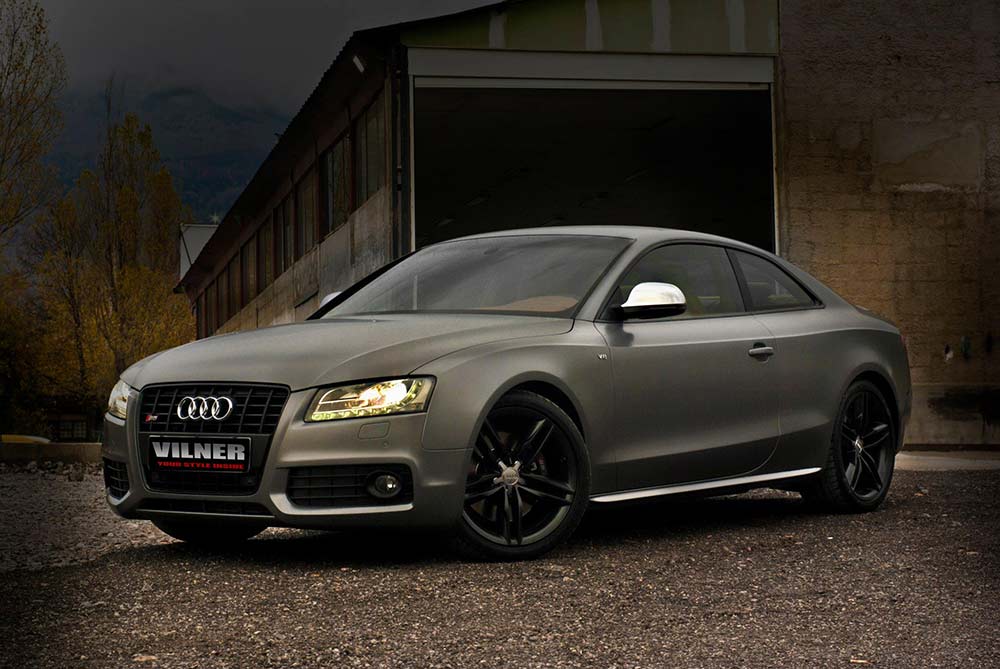 They are new to the scene. They’ve only hit international attention just over a year ago and there’s still plenty of people that have never heard of it.

Bulgarian tuner Vilner tuning have summed up quite an impressive resume for themselves in this short time and we’re about to see a new example.

Having started out in life as an Audi S5 it was obvious that this car was going to have a special life and an owner that is interested.

For this particular unit, it became especially interesting as the car got very little running in its standard form and was then sent off to Vilner.

Once there it received a matte grey body wrap and gloss black paint for the radiator grille, trunk spoiler, diffuser section and alloys.

This paint scheme sees Vilner produce an exterior look that’s actually quite grown up, as you would expect from an Audi yet it is distinct out on the night streets.

Sounds a little hard to believe but it’s the interior that attracted the most amount of work when it came to this makeover.

A mixture of black leather, brown leather, alcantara and extraordinary stitching make this interior a showcase for craftsmanship and a very pleasant place to be.

It kind of had to be since they chose to mess around with a high end Audi interior, which is something that’s always praised.

The package looks great and probably feels great, but Vilner doesn’t offer any performance upgrades so the speed freak will need to see somebody else about that aspect.