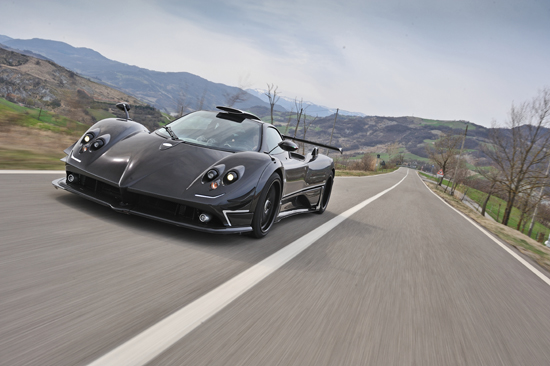 News from Italy, the economy isn’t doing too good, there’s a bit of civil unrest, a lot of political discussion going on but, more importantly, Pagani has some news on supercar production.

They announce themselves as getting ready to finally bring the production of the Zonda, to an end. It’s apparently the last time they do this.

That could be something we chose to believe or we could be realistic and remind ourselves that the Italian supercar maker actually made similar promises like these before.

In the end, customer demand and the emotional attachment to the car that put them on the map, kept them from actually giving it up.

Getting back to the announcement, it seems that the final Zonda will be sold under the Passione badge.

How charmingly Italian, a car which is said to be among the most exciting and alive of all the high end of the market is going to be called Passion.

Adding 764 to the name almost certainly refers to the power the 7.3 liter AMG V12 will develop, thus being one of the fastest variations of this car ever.

Being built on the chassis of Zonda F, the handling is bound to be up to scrap as well. These capabilities bring forth even more one question for Pagani.

Why, if they’ve gone through the trouble of designing so many advanced features into the car, did they end up painting most of its accessories pink.

That’s something not exactly manly, what should be that however is the fact that this one will come with a manual gearbox.