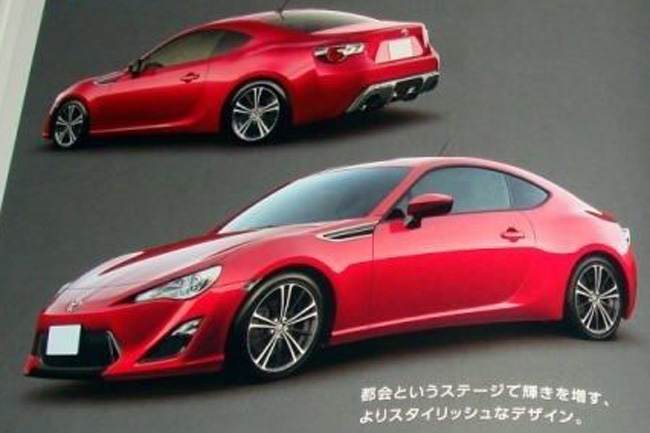 As it happens, the Toyota FT-86 images leaked earlier in the Modellista catalog were actually ones of the tuned version of the car.

Not exactly the biggest of surprises, but something of the like did turn up recently as another set of leaked images (also from a magazine) have turned up to unveil the actual car.

So here it is folks, the Toyota FT-86, the actual one, in production form and it can finally be admired in all of its… floppy and glossy presence.

There’s some writing in Japanese to accompany the images of the standard version of the Toyota FT-86 coupe but since my grasp of the Land of the Rising Sun’s language is less than non existent.

By that philosophy, there’s not going be anything actually relevant to say about the technical specs of the Toyota FT-86, Subaru BRZ or Scion FR-S aside from the old stuff we’ve already been seeing.

This means that under the bonnet of the new Japanese coupe there’s going to be a 2.0 liter flat four cylinder engine that’s got a six speed manual in the middle, and crucially, rear wheel drive at the back.

All I can say now is that having seen what it finally looks like, Toyota will be able to give us a full detail high resolution gallery of the FT-86 that we can actually appreciate.

This is to happen preferably before the scheduled unveiling at the Tokyo Motor Show.