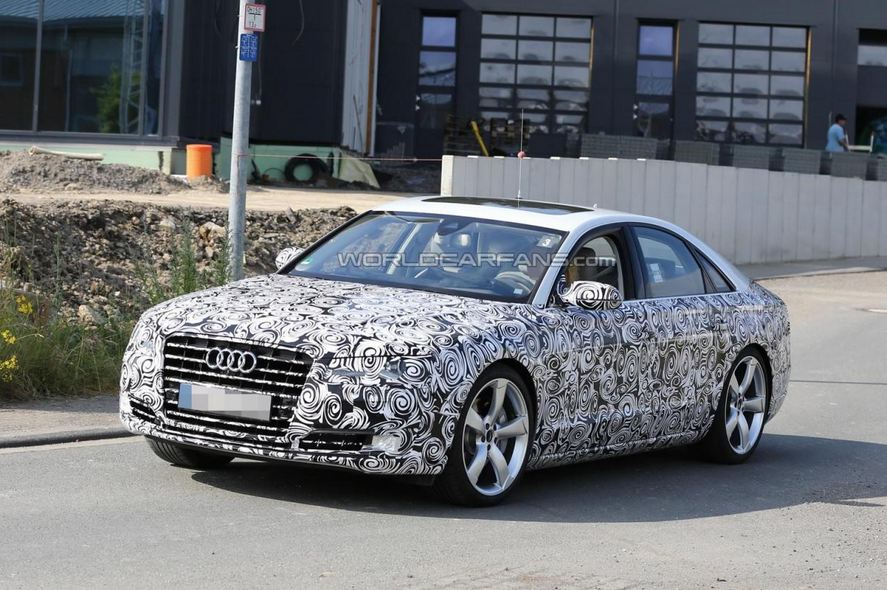 Audi A8 facelift is one of the many units that should be officially presented during the Frankfurt Motor Show in September this year. Like with many other widely expected events, the German car maker is trying to keep it a secret prior to the big day.

Even so, no secret is meant to stay on the auto market and, in consequence, a camouflaged prototype of the 2014 Audi A8 facelift was spotted while undergoing a series of tests near Nurburgring.

The latest Audi A8 facelift should bring a series of changes including but not limited to a new set of alloy wheels, new matrix headlights with LED technology – 25 diodes to be more specific – and high-beam mode functioning, plus some new exhaust finishers.

Both the rear and front bumpers of the new Audi A8 should be revised, while the frontal grille itself gets a new twist.

If you are curious about the motoring, Audi is not telling us anything yet profile publications are taking a guess on 3.0 respectively 4.0 liter engines.

While we could obviously use some extra information about the facelift of Audi A8, we can either look for spy shots or just wait a few months for its official presentation in Frankfurt.