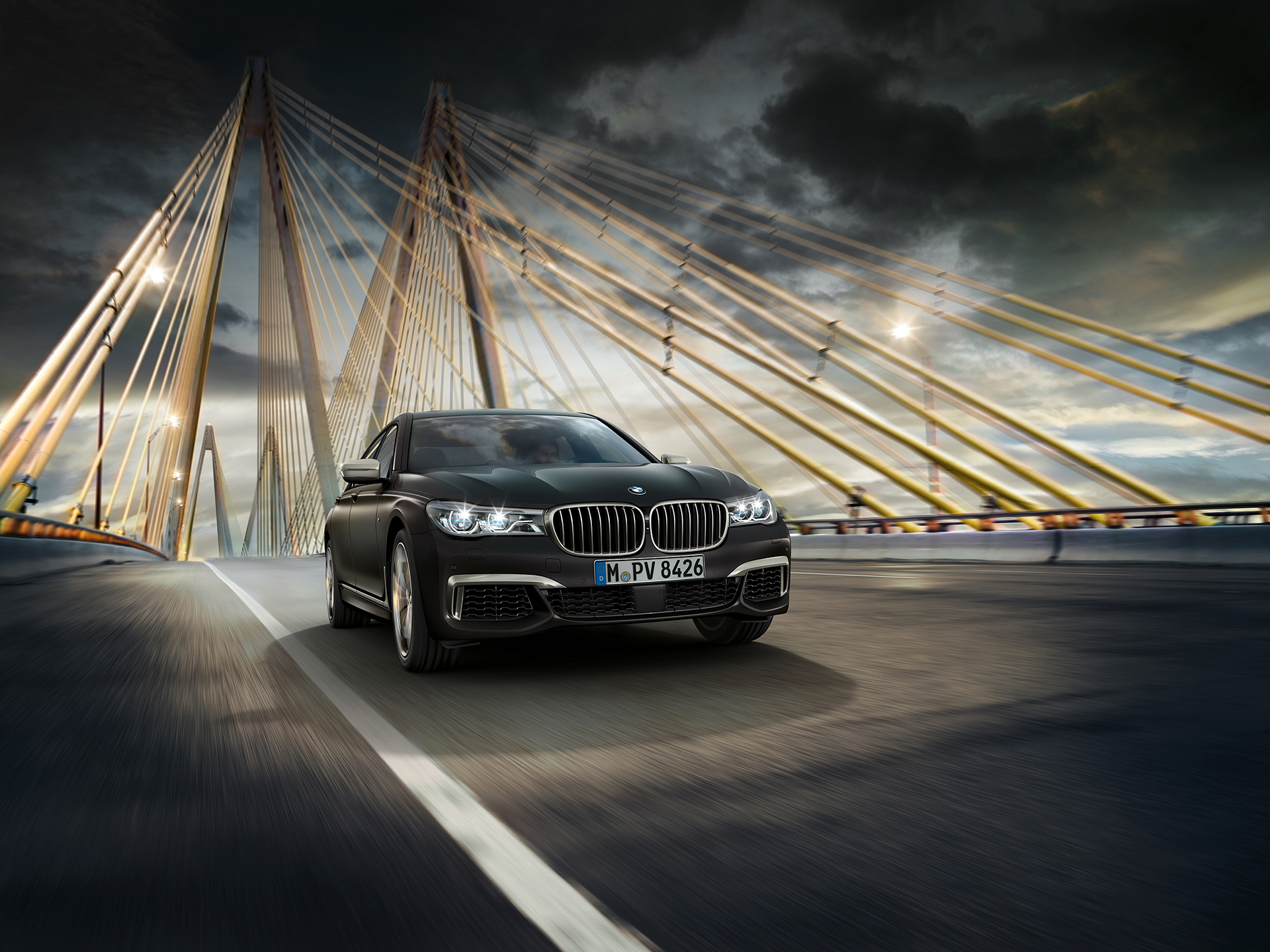 Three days ago, I was pretty excited by the Alpina B7. I’ve said then “Yes, we may look at it as if it was BMW M7.” Well, surprise: BMW pulled out of the hat a sensational match for the B7: the M760Li xDrive. So, after all, we have an M7! A long one.

It’s supreme: the M-Performance V12 engine is equipped with Twin-Turbo system. It 6.6 liters develops 600 hp at 5.500 rpm, with a peak torque of 800Nm, reached at 1500 rot/min (what?!)! The power is sent to all the wheels via the 8 speed Steptronic transmission. There is also a possibility to opt for an M-tuned gearbox, which changes the gears almost instantaneously. The EU test cycle reveals a combined fuel consumption of 12.6 l/100km, with a 294 g/km CO2 emissions. Let’s get to dynamic performance: 0-100 km/h in 3.9 sec, and a top speed of 250 km/h. If you buy it with M Driver’s Package, the speed limiter “doesn’t cut in until 305 km/h”! That means it still cuts in at that astronomical speed! However, the performances are sensibly close to those of Alpina B7.

So much torque needs an excellent, sharp suspension. An M badge demands perfect handling. And a 7-Series BMW seeks for a comfortable ride. It’s very difficult to tune a suspension with such contradictory requirements. Yet, BMW made it: Executive Drive Pro. It collaborates seamlessly with the 20 inch wheels and the 4WD system. The last one is rear-biased and sends the torque independently to each wheel when the road conditions ask it. There’s an Integral Active Steering system which combines a more direct steering ratio with a rear wheels direction system, allowing a less steering efort at low speeds and a greater agility in the fast corners.

The M-Performance body and interior kit features some of the well-known elements, such as bigger air intakes, side-skirts, especially-designed exhaust, together with glossy interior finish and Nappa leather. If, however, you don’t want that your 760Li xDrive to look so ostentatiously sporty, you can opt for the Excellence Pack, which gives the car a more luxurious look and feel.