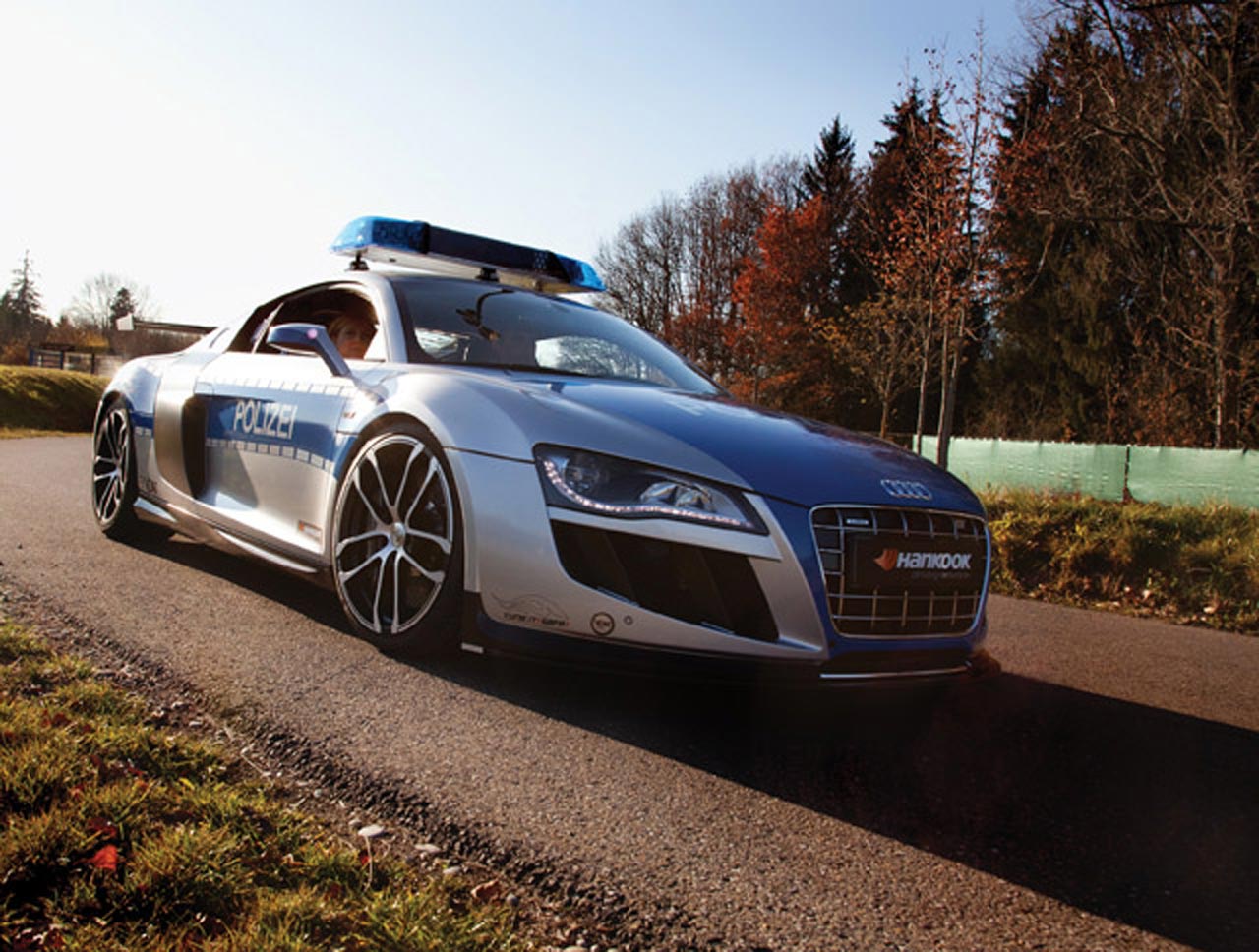 The Essen Motor Show is a pretty much the best opportunity to see some fine examples of the tuning world bunched up together.

That said, this world is generally associated with the sort of individual that bends the law every time he’s got a hankering in his right foot.

Famous German car tuner Abt decided to show the attendance in Essen that a tuned car can also be used to fight crime.

It’s called the Abt Audi R8 GTR and first things first: the name has nothing to do with a certain Japanese sensation sports car you’re thinking about.

The Tune it! Safe! concept is the main philosophy behind the improving the image of tuning while still being ready to fool around.

Under the new 19 inch wheels, the rather obscene rear spoiler and the carbon fiber body kit and the police livery there’s a little more to the Abt Audi R8 GTR.

If you try to keep it in check you’ll be sitting in a Recaro seat, making use of a set of ceramic brakes and hoping there’s no need for the added rollcage.

When it comes down to the real deal, this is just a showcase vehicle. No police force will be using it and it has no real affiliation to the authorities.

Looks great though, maybe the Autobahn cops need a fresh ride to brag about, just in time for it to be a DLC pack for the latest Need for Speed game.