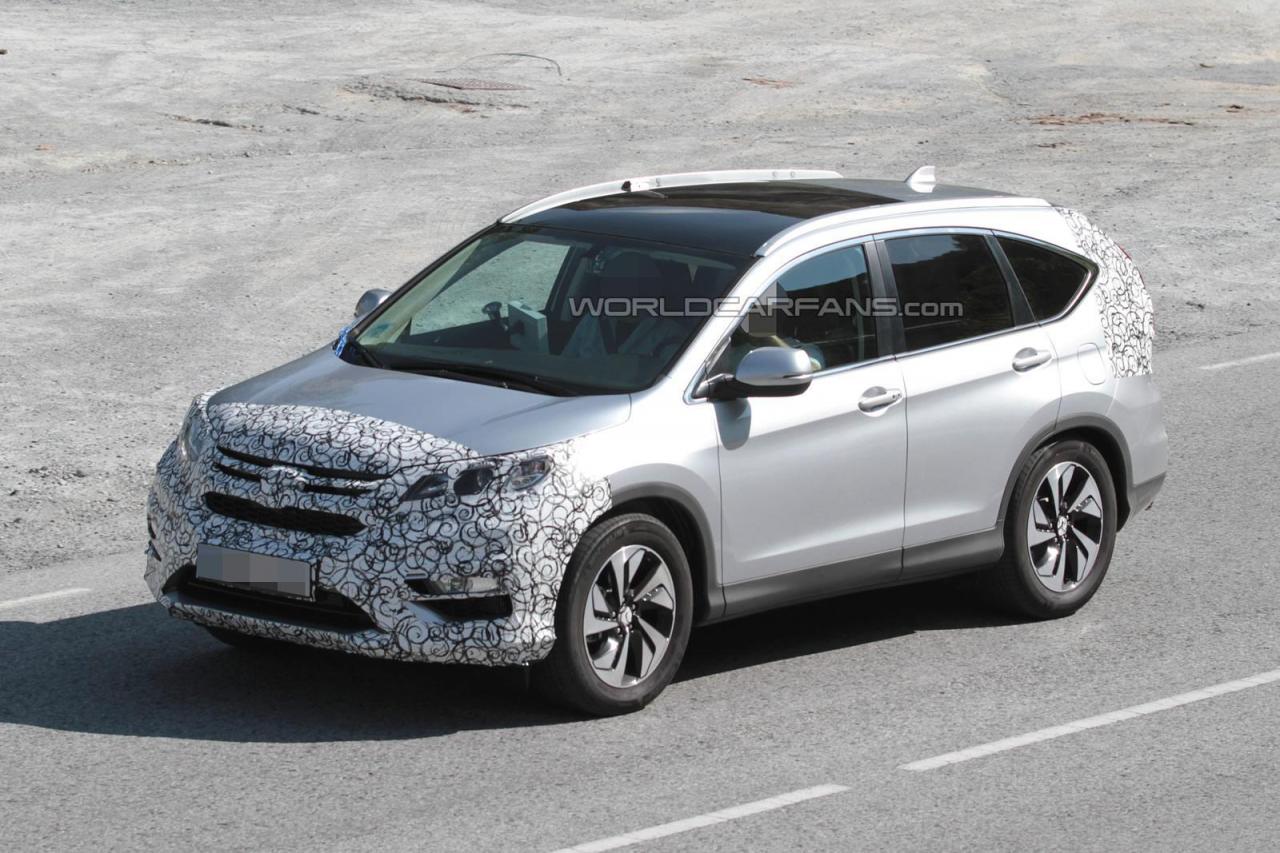 The new Honda CR-V crossover makes an appearance in Europe with less camouflage than the prototype seen in the United States few weeks ago.

At the exterior, the facelift model will receive a new front bumper, revised grille and headlights as well as some changes in the back such as restyled lights and bumper. As a facelift model, most of the changes will be in terms of styling while areas concerned are largely those that are camouflaged.

Power options for the current model include two petrol engines, namely a 2.0-liter 148hp unit and a 2.4-liter 185hp engine.

More frugal 1.6-liter and 2.2-liter units with 118hp and 148hp are there as well. These engine choices are very likely to carry over but a new engine is not something impossible to see in the 2016 Honda CR-V.

All in all, we expect the new CR-V to make its debut sometime next year, so the next months should come with more and more details on the Japanese crossover.