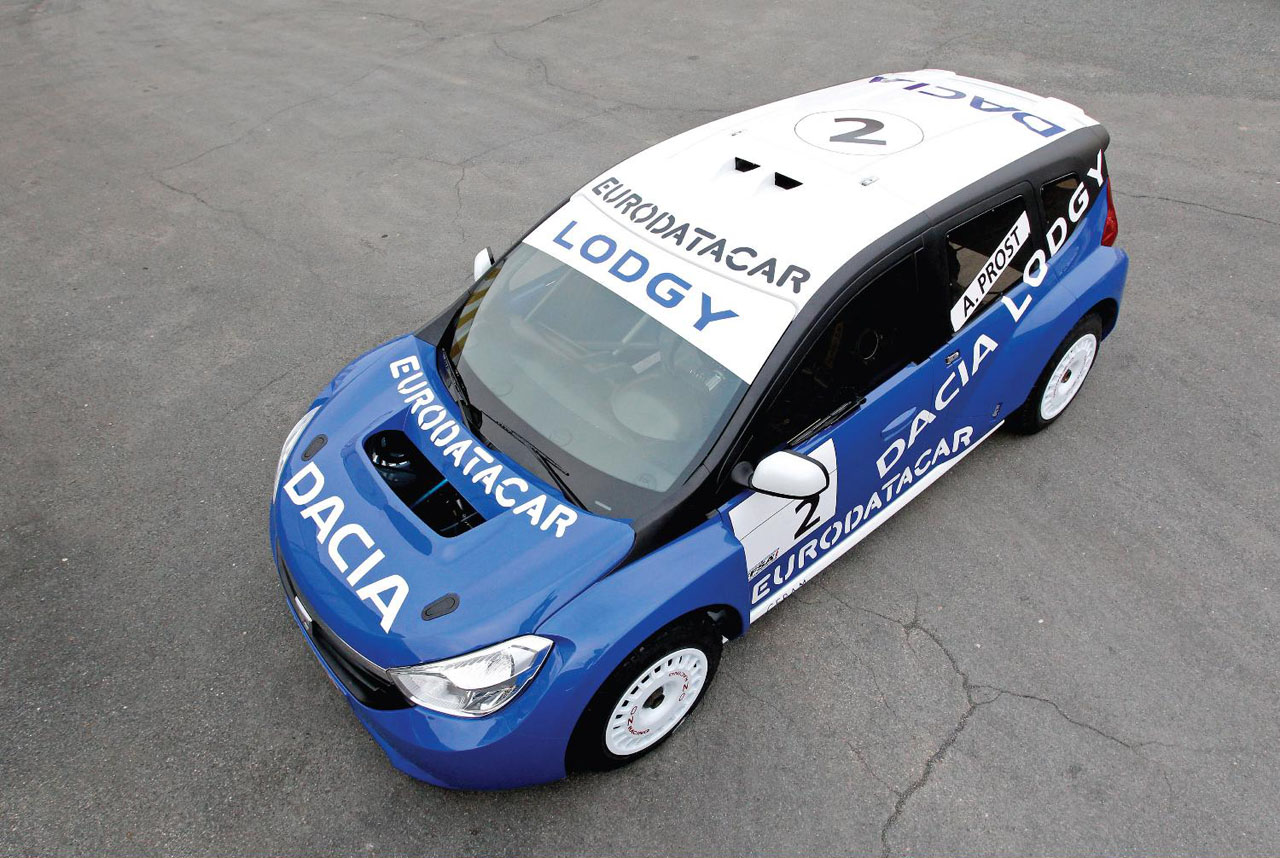 The low-cost Romanian brand that’s under Renault’s wing has recently won the Andros Trophy but it doesn’t plan on laying down anytime soon.

In preparation for the next season, Dacia came up with a new contender, the Lodgy MPV, which is based on a model so new it’s not going to be unveiled until next spring.

While the Dacia Lodgy MPV Andros Trophy has very little to do with the actual car, some of the design cues carry over into this fire breathing ice racer.

Speaking of which, it was the guys at Tork Engineering and Sodemo that gave the French at Renault Sport Technologies sort out the new Lodgy MPV Ice racer.

The end result is the transformation from a cheap Lodgy MPV to a stiff racer with a tubular steel frame, clever four wheel drive and a SADEV six-speed sequential gearbox.

All of these, together with alloy wheels and ice racing specific tires will be responsible with quickly putting down the power of the new Nissan engine they’ve shoved in the middle.

It’s a 3.0 liter V6 24-valve mill with 355 horsepower and a 265 lb-ft of torque and while it’s not as much as the Pikes Peak version, it’s a whole lot more power than any of the street legal versions of the Lodgy will have.

A final piece of the way towards another Andros Trophy for Dacia will be the fact that behind the wheel of the new ice racing Dacia Lodgy MPV will sit quite the capable driver, F1 veteran Alain Prost.