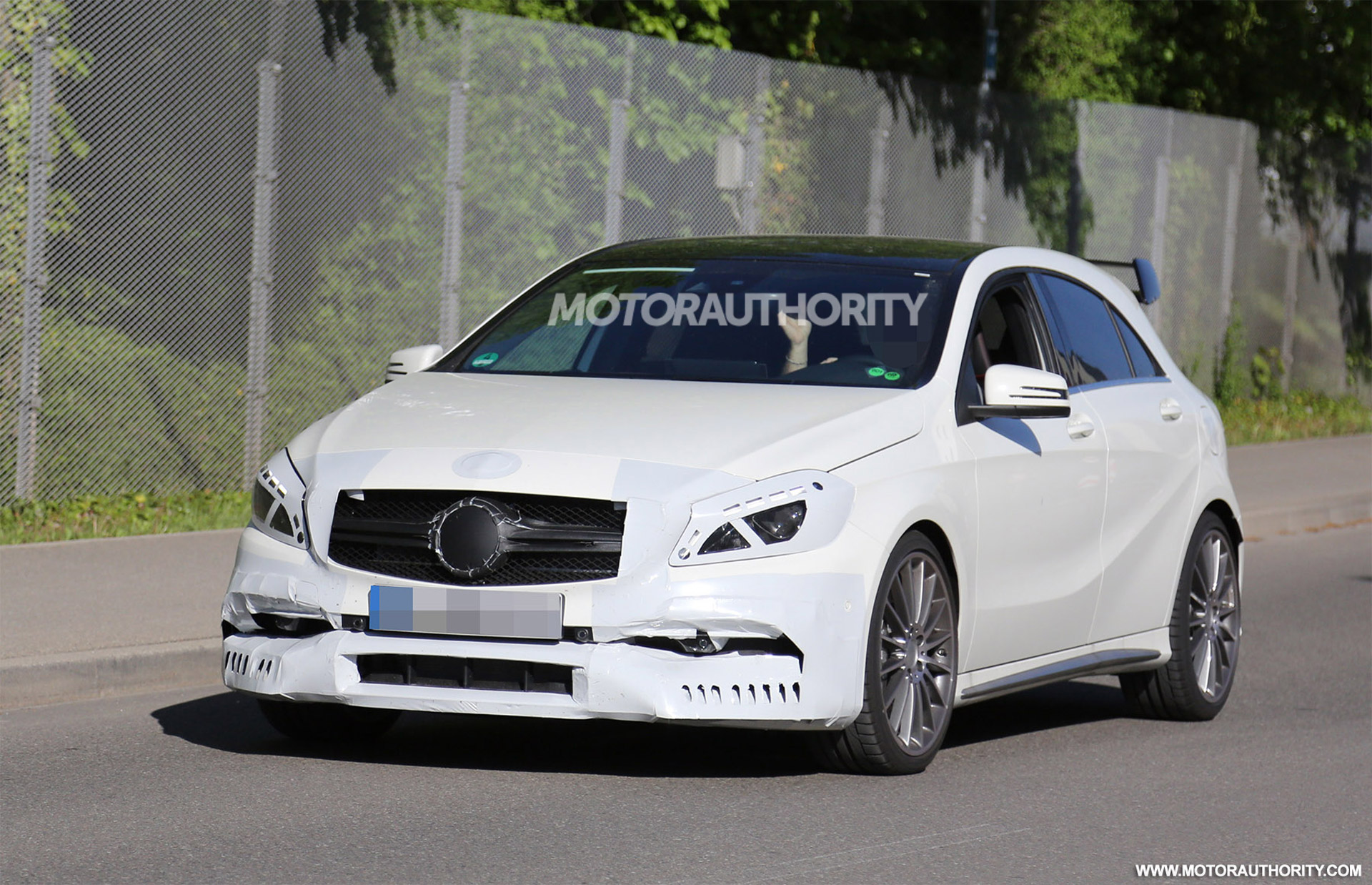 Mercedes-AMG are preparing an updated version of the present A45 in the United States, the model already being previewed in some spy shots. The updates include some styling makeovers as well as a slight increase in power under the hood, which will make it perfect against the Audi RS 3.

The 2016 Mercedes-AMG A45 is wrapped in camouflage at the front and rear end, meaning that the body style will receive some changes, like the new front bumper with wider intakes, the “A-wing” splitter, while the lights and the grille will be restyled as well. Inside, the model is also set to come with some updates for the central display screen.

Under the hood, the 2016 Mercedes-AMG A45 will benefit some small upgrades for the 2.0-liter four-cylinder, which would develop around 355 horsepower, making it pretty close to the Audi`s 362 horsepower, thanks to the 2.5-liter five-cylinder.

The performance details are rather minimal for the moment, but we will find out more this September, when the model is expected to debut at the 2015 Frankfurt Motor Show, or next year, at the 2016 Geneva Motor Show, standing side-by-side with other important models from Mercedes-Benz.