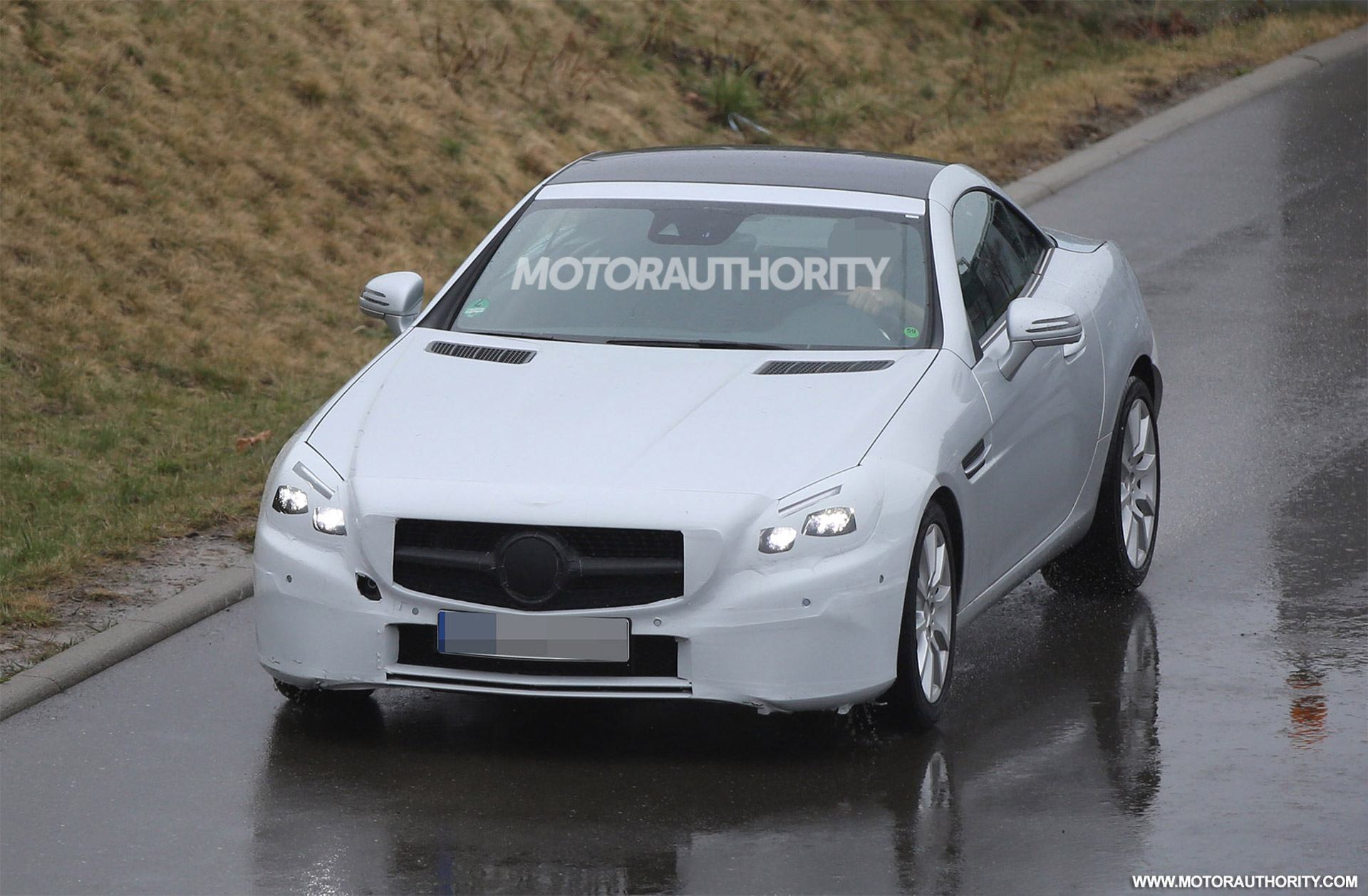 Mercedes-Benz is trying to revive the SLK-Class model lineup by launching the so called “SLC” version, which will be officially launched somewhere at the end of the year or at the beginning of 2016. This would be a certainty as the model was recently caught on shots by spy photographers from Motor Authority.

The spy shots with the upcoming 2016 Mercedes-Benz SLC represent a test mule, fully camouflaged, this meaning that it will come with some updates in terms of body style, as opposed to its first-generation model, first launched in 2012.

Thus, the model will receive in its final form some changes at the exterior, like the revised bumpers and taillights, new headlights internals, as well as a new exhaust tip. Inside, the model will also come with some slight changes, the interior receiving an updated infotainment system with new features, as well as higher-end materials.

Under the hood, we are not sure what kind of powertrain will equip the 2016 Mercedes-Benz SLC, but rumors have it that it will come with a 4.0-liter V8 unit, but without any power configuration revealed so far. Instead, we might presume that it would be powerful enough to rival the Audi TT or the new BMW Z5 sports car.