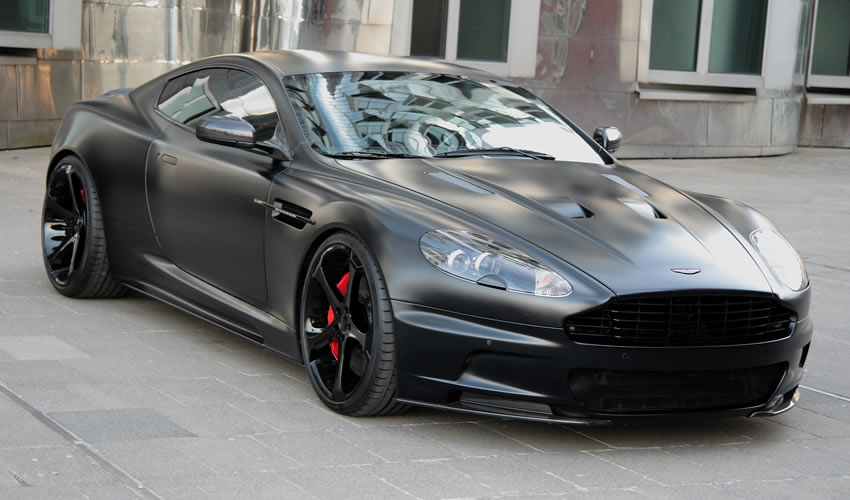 Tuning companies are well known for having their way with just about any car they touch, but what Anderson Germany did to the Aston Martin DBS can only be defined in one way.

The German tuner took a slightly puffed up version of one of the best looking cars out there and made it completely aggressive.

Actually aggressive is a kind word, given the look Anderson Germany gave the Aston Martin DBS is pure evil, if it’s parked outside a bank it would probably rob it while you’re gone.

If the omnipotent image isn’t your first concern, if perhaps you’re more of a performance enthusiast I’m afraid Anderson Germany didn’t let us know anything about this car that may interest you.

As far as we’re informed, Anderson Germany didn’t do anything to the chassis, or the engine, or the brakes or even the exhaust.

That’s not really a problem, since the Aston Martin DBS has a 5.9 liter V12 which develops some 520 horsepower and 420 lb-ft of torque.

But forgetting that, just look at the scary black exterior, the new five spoke alloys and the rest of the aggresive details such as the red brake calipers.

Inside the Anderson Germany DBS, a mixture of black leather with a quilted theme and contrasting red seams, alcantara and carbon fiber makes it a really pleasant place to be.