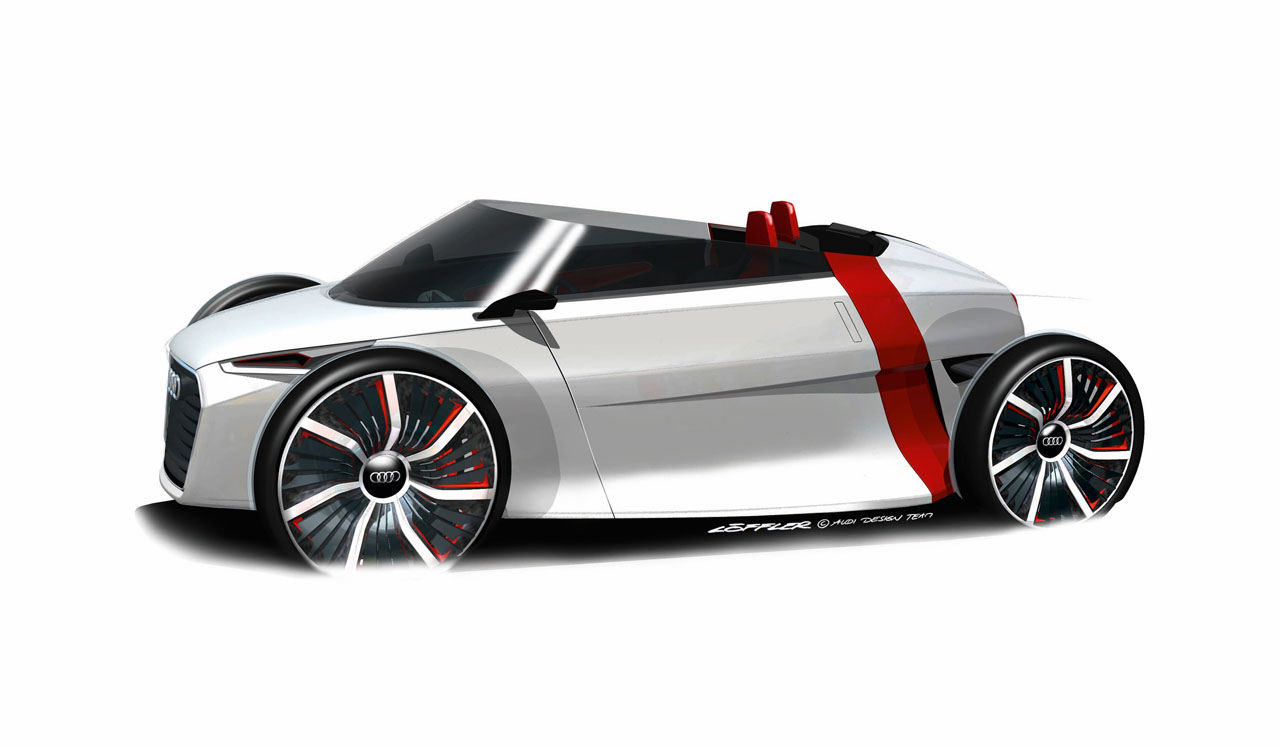 Not so long ago, we caught a glimpse of Audi’s City E-Tron Concept rolling around Berlin on something of a film shoot.

These days however, Audi is teasing the Urban Concept Spyder, an open top version of the little city car.

It’s just gotten to the drawing stage, but it’s still a decently looking car and it will most likely pack the same Earth saving technology.

Inside you still get the same so called “1+1” seating arrangement where the passenger is sitting slightly towards the back compared to the driver and you’ll be able to spot acres of lightweight carbon-reinforced plastic around yourself.

Getting to the inside of the Urban Concept Spyder has gotten a bit weird thanks to an unusual arrangement of the doors and also in how they open diagonally.

Predictably, the aerodynamic rating will suffer on the new Audi Urban Concept Spyder in comparison to the Coupe version but since this car will most likely never end up going more than 15 mph with the top down, it will not be a problem.

When you do feel like taking your electrically powered toy to the highways, you’ll be putting up the Urban Concept Spyder’s roof if you want to at least make it past the first exit.